Font
Consideration →
← The Antidote to Unemployment

As I come closer to graduating school, I find that I am the governments fool. The land I learned about in class, is now behind museum glass. That is to say it’s history. For none to touch but some to see. They say it’s true, it has a fine varnish, but with closer view we see it’s tarnish. When we say that it’s not in fact art, we are given responses that can be quite tart. I simply want my liberty, so how can they deny it from me?

You see, I’m going to college soon. I got a call one afternoon. The school said it was about financial aid, “Sorry, no Pell Grant I’m afraid”. My family has paid taxes and picked up the slack, but the government doesn’t want to give it back. Too wealthy for their help but it’s still rough, the government just says “well that’s tough”. I don’t want to beg for their dirty money, but student loans just aren’t too funny.

The greenbacks don’t belong to you or me. They belong to the government don’t you see? The name is right there on that crisp dollar bill. Secretary of Treasury from Capitol Hill. Long gone are the days of old, when we backed up that money with silver and gold. The price didn’t go up, moneys value went down. That’s why our big smiles, became such long frowns.

Despite who’s in office the wars go on. Could the President really just be a pawn? A new fight is being fought every day, as their money and our liberty fade away. We have a war complex in this nation, the most despicable in all creation. Who cares about the people that the government will kill, as long as there is oil to drill?

The joke is kept going forward by voting, with the citizens loudly and proudly gloating. “I voted today, don’t you see? It’s our God given right and it’s our duty.” They say that they have the right to complain, even though they caused both of our pain. I didn’t know free speech had conditions. Why should I follow such stupid provisions?

The government then can only pester. To them we are all medieval court jesters. The king will sit and have a chuckle, as the world around us slowly buckles. Some say that they have a perfect solution, that we should return to the constitution. But they didn’t heed it last time and they won’t heed it again. It’s a foundation for tyranny in the end. The government is a machine and citizens are tools, it’s always April…and we’re the fools.

Consideration →
← The Antidote to Unemployment 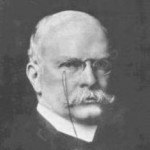 Freedom by Permission Is Not Freedom

I Am Not An Accountant, I Have Learned The Basics