Font
Charity vs. Taxation – What Is The Difference? →
← The Politically Correct War On Everything

RandEastwood.com | It seems to me that the fundamental flaw in non-anarchistic libertarian thought—that is, that government is necessary, if for nothing other than protection of its citizens (defense from attack from abroad, protection of individuals from each other, dispute adjudication, etc.)—is rooted in the lack of recognition that history has readily proven that government can not—will not—be limited by law, especially (and one would think obviously) when the government is the sole author, interpreter, and enforcer of the law.

The dismal failure of the “American Experiment” proved this, once and for all.

So the issue isn’t that there aren’t seemingly legitimate functions of government; it’s that the institution of government has proven, time and time again, that it is impossible to control—especially when it holds a monopoly on authority over the populace and the use of force, and is not subject to market forces.

America’s constitutionally-limited, representative republic failed for precisely the same reason that other political systems such as Socialism and Communism always fail: they all neglect to account for human nature, which dictates that individuals will generally act in their own best interest—including those individuals which comprise the institution of government—which ultimately translates to the government acting in the best interest of the government.

Once one accepts this reality, and thus realizes that government is impossible to control, to limit, in any effective manner, then the only conclusion to be drawn is that it is the very idea of government which is flawed—not necessarily the various structures and/or principles under which it has been manifested throughout history.

True liberty, natural liberty, simply cannot manifest under a monopolized coercive government—regardless of how it is structured.

This fact necessitates the trial of something new, something better, a more effective, non-violent means of creating free, peaceful, and prosperous societies, and casting of the idea of government—even a constitutionally-limited government—onto the scrap heap of history. Read Entire Article

Charity vs. Taxation – What Is The Difference? →
← The Politically Correct War On Everything 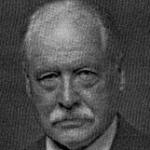 Where men cannot freely convey their thoughts to one another, no other liberty is secure.William Ernest Hocking … (next quote)

A Conspiracy Against Ourselves

I’m Not Biased; I Just Question Authority When They Have Lied to Me Repeatedly.