Font
Journalist Jailed Indefinitely Without Trial (for not saying Uncle!) →
← Children Who Get Flu Vaccine Have Three Times Risk Of Hospitalization For Flu, Study Suggests

Getting access to the off-shored market accounts for transparency to accomplish public visibility may be a very difficult thing to do. An equal task would be similar to getting the shipping records and financial transaction records of the Colombian cocaine cartel. But as I and others always say; “When there is a will, there is a way!”

Again I will say; keep in mind that on derivatives for every $1 lost in one account, a dollar is credited to another account. Here we are talking trillions of dollars transferred and not billions. The world exchanges “settle” every transaction, and all transactions were settled!

Then for the definition of arrogance, the government players then use a trillion here and a trillion there of taxpayer revenue to shore-up the playing field that they dis-stabilized exercising their own greed as they sucked out at least fifteen to twenty trillion dollars in cash through their own domestic and international market manipulations. The public continues to be masterfully entertained and the boys continue to laugh their (you know what) all the way to the bank each and every day.

A little tip-off for you in your quest when looking at key players, take a look at the US Auditor General’s audit presented of the bank derivative positions from March of 2008. You will note on page one that three banks controlled 94% of the derivative activity. Then go 2/3rds down in the report until you get to the “Table” section. Table 1 shows JPM CHASE as the number one holder of derivatives with 90 trillion dollars worth (greater than all derivatives traded in 2000). The report as noted is in millions so add six zeros to the numbers shown.

I note this is not primarily JPM CHASE’s investment capital, it is the investment capital for their clients that they act as clearing agent for. Who are these clients? The Lion’s share is local and federal investment fund capital. I will also note that you will see as you look through the table section a few of the banks that were not playing the derivatives game to any degree were the ones that were hit and then bought out for 10c on the dollar by those at the top of the food chain. As the saying goes: “What comes around goes around” when it comes to cooperation with government financial profits, agendas, and NET end results. Read More

Journalist Jailed Indefinitely Without Trial (for not saying Uncle!) →
← Children Who Get Flu Vaccine Have Three Times Risk Of Hospitalization For Flu, Study Suggests 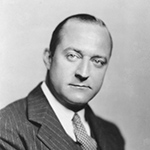 Spontaneous Order And Trade Without Force

The Bogus Right to Health Care