RepFreedomForce | Paul Ryan says “Individual Liberty requires limited-government”. Yet the Federal Government under direction of both Democrats and Republicans has systematically eroded individual liberty since its inception. America began with the smallest, most limited government in the history of nation-states, and it has become the largest, most powerful and corrupt empire in the world.

Free To Choose →
← Anarchism and the Language of Non-Violent Communication 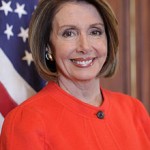 We have to pass the bill so that you can find out what is in it.Nancy Pelosi
on The Affordable Care Act. … (next quote)

I Am Wounded Daily

The Truth About War