Font
Myth: Gun Control Reduces Crime →
← Complete Liberty: The Demise of the State and the Rise of Voluntary America

HarryBrowne.org | Once upon a time, before the 1960s, a person who needed help got it by appealing to a local charity (such as the Salvation Army) or to the town government. The downtrodden individual had to explain how he got into trouble and how he intended to work his way out of it. He was monitored closely to assure that he was telling the truth and that he stuck to his plan to get back on his feet. And he knew that the money he received came from the pockets of his neighbors. Federal welfare, however, requires nothing more ambitious, energetic, or embarrassing than filling out a form.

In former days, you knew that you had to work for what you got. Today you can get a regular check from the federal government provided you’re willing to undertake the arduous task of walking to your mail box once a month.

The same is true for all sorts of government subsidies. You don’t have to be broke or hard up. With minimal qualifications, you can just sign up and receive:

Thousands of other giveaways.

Once provided, these benefits become “rights,” and anyone who suggests eliminating them is denounced as mean and heartless. It’s assumed that without farm subsidies all small farmers would go bankrupt and the country would starve; without federal loans no one could afford to go to college; and without Medicare no one would live past 65. No one asks how the country survived so well before these things became government’s responsibility.

The worst effect of these programs is to separate acts from consequences. They teach people to be careless. Since you don’t have to pay for your own mistakes, you have no reason to exercise caution, restraint, or forethought. Whatever goes wrong, the government will take care of you.

So it should be no surprise that Americans save less than they once did, exercise less caution in their business and personal dealings, seem less able to support themselves, and are more dependent on government to survive. This, of course, provides politicians with an excuse for more laws and subsidies.

America has been transformed from the land of enterprise, initiative, and self-reliance into the land of entitlements and dependency. Read Entire Article

Myth: Gun Control Reduces Crime →
← Complete Liberty: The Demise of the State and the Rise of Voluntary America 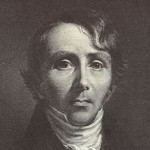