Savannah Liston | Path of Grass is a story of liberty and courage against tyranny. It is a story of people who chose a journey of individual freedom rather than sacrificing their lives to an oppressive government.

From the back cover:

A child believed to be an orphan grows up in a German convent during the turbulent years of Hitler’s rise. A newly-wed couple in rural Iowa is separated by World War II, but strangely united through an encounter on the outskirts of a German village. A man trying to rebuild his family and life in America after his wife leaves finds himself imprisoned for an unknown crime. A young woman visiting the United States from war-torn Uzbekistan is told that her family has been killed in a military raid. And not long after she marries an American man her husband mysteriously disappears. 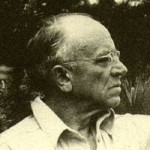 We have invented engines of unprecedented coarseness and power, and placed them freely in the hands of ignorant men.Aldo Leopold … (next quote)