Font
How to Smash the State →
← Path Of Grass

Mises.org | Have you ever witnessed the anger of the good shopkeeper, James B., when his careless son happened to break a pane of glass? If you have been present at such a scene, you will most assuredly bear witness to the fact, that every one of the spectators, were there even thirty of them, by common consent apparently, offered the unfortunate owner this invariable consolation: “It is an ill wind that blows nobody good. Everybody must live, and what would become of the glaziers if panes of glass were never broken?”

Now, this form of condolence contains an entire theory, which it will be well to show up in this simple case, seeing that it is precisely the same as that which, unhappily, regulates the greater part of our economical institutions. Suppose it cost six francs to repair the damage, and you say that the accident brings six francs to the glazier’s trade—that it encourages that trade to the amount of six francs—I grant it; I have not a word to say against it; you reason justly. The glazier comes, performs his task, receives his six francs, rubs his hands, and, in his heart, blesses the careless child. All this is that which is seen.

But if, on the other hand, you come to the conclusion, as is too often the case, that it is a good thing to break windows, that it causes money to circulate, and that the encouragement of industry in general will be the result of it, you will oblige me to call out, ” Stop there! your theory is confined to that which is seen; it takes no account of that which is not seen.”

It is not seen that as our shopkeeper has spent six francs upon one thing, he cannot spend them upon another. It is not seen that if he had not had a window to replace, he would, perhaps, have replaced his old shoes, or added another book to his library. In short, he would have employed his six francs in some way which this accident has prevented.

Let us take a view of industry in general, as affected by this circumstance. The window being broken, the glazier’s trade is encouraged to the amount of six francs: this is that which is seen.

If the window had not been broken, the shoemaker’s trade (or some other) would have been encouraged to the amount of six francs: this is that which is not seen.

Now let us consider James B. himself. In the former supposition, that of the window being broken, he spends six francs, and has neither more nor less than he had before, the enjoyment of a window. In the second, where we suppose the window not to have been broken, he would have spent six francs in shoes, and would have had at the same time the enjoyment of a pair of shoes and of a window. Now, as James B. forms a part of society, must come to the conclusion, that, taking it altogether, and making an estimate of its enjoyments and its labors, it has lost the value of the broken window.

Whence we arrive at this unexpected conclusion: “Society loses the value of things which are uselessly destroyed;” and we must assent to a maxim which will make the hair of protectionists stand on end—To break, to spoil, to waste, is not to encourage national labor; or, more briefly, “destruction is not profit.” Read More

How to Smash the State →
← Path Of Grass 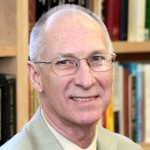 Ah, government, blessed government - all the evils and costs of anarchy - many of them greatly compounded - with none of anarchy's virtues and benefits and scarcely any of its individual freedoms.Robert Higgs … (next quote)

Afghan Massacre – The Convoy Of Death