What suspects had done was to answer a local newspaper ad calling for volunteers in a study of the psychological effects of prison life. We wanted to see what the psychological effects were of becoming a prisoner or prison guard. To do this, we decided to set up a simulated prison and then carefully note the effects of this institution on the behavior of all those within its walls.

More than 70 applicants answered our ad and were given diagnostic interviews and personality tests to eliminate candidates with psychological problems, medical disabilities, or a history of crime or drug abuse. Ultimately, we were left with a sample of 24 college students from the U.S. and Canada who happened to be in the Stanford area and wanted to earn $15/day by participating in a study. On all dimensions that we were able to test or observe, they reacted normally.

Our study of prison life began, then, with an average group of healthy, intelligent, middle-class males. These boys were arbitrarily divided into two groups by a flip of the coin. Half were randomly assigned to be guards, the other to be prisoners. It is important to remember that at the beginning of our experiment there were no differences between boys assigned to be a prisoner and boys assigned to be a guard.

For additional information on the Stanford Prison Experiment visit http://www.prisonexp.org 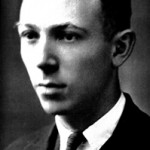 The time not to become a father is eighteen years before a war.E. B. White … (next quote)