Overcoming The Fear Of Freedom 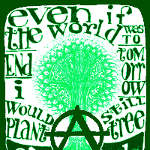 NotBeingGoverned.com | Anarchy! It just might be the most feared and bastardized term in the English language. People have some extremely vivid imagery in their heads associated with the word “anarchy”, but at the same time become overwhelmed with confusion once getting two sentences deep into a conversation about abolishing government. In fact it is actually extremely rare for serious discussions on this topic to take form, due to the knee jerk reactions that are provoked in people when they are faced with the possibility of a world without authority.

However, once one is able to find the courage to step beyond social convention and question the control systems that they were born into, they will find that real anarchy is actually nothing like the doomsday fiction that is presented by mainstream culture.

When looking deep enough into this situation it is not too difficult to see that the serious problems facing our species such as war, poverty and environmental destruction are all exacerbated by the legalized monopoly on force made possible by government. Ironically, these problems are always cited as reasons to keep the state intact, when in reality it is the state that is preventing them from being solved in the first place.

For centuries those who reap benefits from the concept of authority have desperately worked to keep this idea alive, against the rising tide of human ingenuity which has been progressively tearing away at the destructive traditions which allow people to act in irrational ways.

Unfortunately, every time that humanity has managed to overcome some sort of oppressive tradition, the ruling class has been able to modify their propaganda to form a more convincing case for their authority.

There was once a time where small groups of people could own the lives of millions by claimingto be given that right by a supernatural being, but those days have come to an end. When this excuse fell out of favor, the people who were born into power were forced to create new justifications for their authority, otherwise they could risk losing the only way of life that they had ever known, and could probably ever imagine. This need for justified rule over geographical areas and those that happened to live there is what gave rise to our current political paradigm.

There is this popular myth that “the people” created things like governments, churches and militaries as a ways of getting along in the world and interacting with others. In reality these organizations were all created by sophists and aristocrats, specifically intending to enslave entire populations without those populations even realizing it. Although, as the general public has become more intelligent, increasingly complex rationalizations for authoritarian powers have become necessary to keep the herds in line.

Ideas like the social contract, the national interest, common good, majority rule and
representative government have replaced the divine right of kings and the privilege of the aristocracy. In today’s more sophisticated culture it is necessary to make people think that they rule themselves in order to effectively rule over them. This is why the rhetoric of the social control systems that we live under is riddled with euphemisms that hide the oppressive and violent nature of their existence. The mass murder of innocent people by heavy machinery is called defense, strong arm robbery is called taxation, kidnap and extortion is called justice and gangs of people who claim dominion over specific geographic locations are called governments.

“Government” is another one of those words that mean a million different things to a million different people, but when examined objectively it becomes apparent that organizations of this name always maintain a monopoly on the use of force over a given territory. This common characteristic is shared by all organizations claiming to be government, regardless of social structure or cultural customs. With that being said, to define governments as anything other than violent gangs that claim ownership over other human beings, is euphemistic and dishonest.

Most of us grew up surrounded by a false definition of the word “government” just as we were surrounded by a false definition of the word “anarchy”. We have been told that the word “government” is simply the structural form that a society takes, and the system of organization that groups of people establish for themselves. This may be one of the most deceptive linguistic tricks to be used since the dark ages, as it implies that structure and organization will cease to exist in the absence of institutionalized violence and central planners. Since all governments share the common characteristic of establishing and promoting institutionalized violence, we can safely say that when organization and structure is present in a peaceful atmosphere, “government” should be nowhere to be found. In other words, when there is peaceful structure and organization in a society, there is anarchy, but when a society is organized on a basis of threats and acts of violence, there is government. Read Entire Article 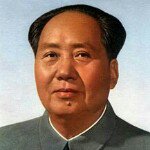 Politics is war without bloodshed while war is politics with bloodshed.Mao Tse-Tung … (next quote)

Charity vs. Taxation – What Is The Difference?