Strike-The-Root.com | Both purport to be about behavior–harmony between humans–so we expect them to coincide well and are surprised when they don’t. However, I take the opposite view, and express surprise when they do. An examination of what they are will help show why.

A law is as we know a government rule, a decree handed down by people poised to punish those who disobey their will. That’s its essence. Group G imposes itself on Group P, by means of laws.

Since Group P may be large and sometimes intelligent, Group G takes some trouble to placate members of P by stressing that chaos would result without laws, that laws are closely aligned with good ethics, and that G folk are in any case chosen by P folk in a fair manner, so there’s no question of a dictator just imposing his whim. In addition, it’s a frequent trick to invent a deity, whose word is not to be questioned, and establish a close link to it or him so that the lawmakers are seen as pals of the Almighty; hence the proximity of the National Cathedral to the White House, Parliament to Westminster Abbey, and all the multiplicity of appeals at the end of political speeches for God to Bless America, etc., the Reverend Wright excepted. Hence too those odious words from the other party, endorsing the first: “the powers that be are ordained of God” (Romans 13:1.) Here, we’re reflecting on the second of those claims–that laws and ethics go together; but all four of them are dead wrong and, in fact, the imposition of laws actually creates chaos, rather than preventing it. But that second claim is bolstered by the fact that rape is ethically terrible and look!–there are laws against rape; theft is morally wicked and see!–there are laws against theft, etc.

Ethics (why are they always plural?) on the other hand are a bit harder to define. They have to do with an inherent sense of right and wrong, an inbuilt conscience that all humans possess, influenced by the very large background of tradition and culture that has evolved over at least 50,000 years following the great human move out of Africa to populate the Earth. We have to get along with each other, so we take care how we treat other people. Although seldom enunciated this way, ethics stem, it seems to me, from the simple principle “do unto others as you would have them do unto you,” and that involves no governor, natural or supernatural–just rational self-interest. All of us hate having things stolen, so it’s right and ethical not to steal; likewise physical hurt, assault, defrauding etc. In ethics, there is no retribution for violating one of those principles, except for one’s severe loss of self-respect and of a good reputation; but those things are vastly more important than the suffocating régime of laws and penalties has made them seem.

In ethics, moreover, a bad act is a bad act even if nobody can become aware of it; for example, if it were possible to steal something with a 100% certainty of never being accused of breaking a law, it would still be a bad act. (Come to think of it, I’ve just described taxation.) This caught the notice of Roman thinkers, who called it malum in se–bad in itself–in contrast to malum prohibitum, which is “wrong” only because some law prohibits it. I’d say that mala prohibita aren’t wrong at all, because once they are prohibited, the element of moral culpability is removed. Read Entire Article 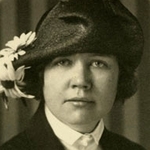 So long as any large group of persons, anywhere on this earth, believe the ancient superstition that some Authority is responsible for their welfare, they will set up some image of that Authority and try to obey it. And the result will be poverty and war.Rose Wilder Lane
The Discovery of Freedom: Man’s Struggle Against Authority … (next quote)

Why You’ve Never Heard of the Great Depression of 1920