Telegraph.co.uk | Scientists based at the Cork Cancer Research Centre in Ireland treated oesophageal cancer cells with curcumin – a chemical found in the curry spice tumeric. They found that curcumin started to kill cancer cells within 24 hours. The cells also began to digest themselves, according to the research, published in the British Journal of Cancer.

Dr Sharon McKenna, lead study author, based at the Cork Cancer Research Centre, University College Cork, said: “These exciting results suggests scientists could develop curcumin as a potential anti-cancer drug to treat oesophageal cancer. “Scientists have known for a long time that natural compounds have the potential to treat faulty cells that have become cancerous and we suspected that curcumin might have therapeutic value.

“Dr Geraldine O’Sullivan-Coyne, a medical researcher in our lab, had been looking for new ways of killing resistant oesophageal cancer cells. “She tested curcurmin on resistant cells and found that they started to die using an unexpected system of cell messages.”

Normally, faulty cells die by committing programmed suicide – or apoptosis – which occurs when proteins called caspases are “switched on” in cells. But these cells showed no evidence of suicide and the addition of a molecule that inhibits caspases and stops this ‘switch being flicked’, made no difference to the number of cells which died.

Laws and Ethics →
← Doctors Speak Out About H1N1 Vaccine Dangers 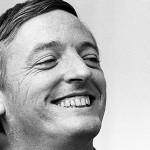 We are so concerned to flatter the majority that we lose sight of how very often it is necessary, in order to preserve freedom for the minority, let alone for the individual, to face that majority down.William F. Buckley … (next quote)