Strike-The-Root.com | If I’m going to renounce the violence of war, I must renounce all violence. There is no getting around the fact that voting is in fact an act of violence. It has been couched in terms of “civic duty” or “obligation,” even a “privilege.” It is none of these things. There is a crucial difference between obedience to the state that is forced, and obedience that is not. In the government’s false construct of “civic duty,” the obedience is clearly not forced.

In matters of taxation, obedience is most definitely compelled. I do not pay taxes out of some sense of responsibility to the hallowed Founding Fathers. I pay them because I do not want my stuff confiscated and my butt thrown in jail. However, when I was a voter (even when I cast what I knew to be a useless ballot for Ron Paul in February), I was going out of my way for Leviathan. I gave the beast legitimacy. I did it “just in case.” I did it sometimes while licking my lips, hoping that some of the outcomes I desired might come about, not fully understanding that those same outcomes ultimately end up with a gun pointed somewhere, at someone.

You may argue that at any point in this logical progression, the minority would most likely give in prior to the guns being un-holstered and the overt violent act being carried out. You’d be right. We are not living in a day or age, after all, when whole communities of Americans will stand up to tyrannical governments with guns. Most Americans won’t do that anymore. Those who might consider it have seen what will happen. So where is the violence if after the first or second warning, the minority gives in and pays back-taxes with enormous fees? If you can’t see it, you’re reading the wrong article. In fact, you’re at the wrong website. Please go elsewhere and listen to politicians promise a puppy to every homeless orphan boy. (With money taken from the minority at the point of a gun, of course.) Read More 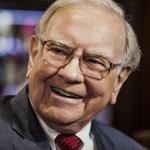 Nothing is free, there is a price to be paid, either at the beginning or at the end, or by somebody else.Warren Buffet … (next quote)