Strike-The-Root.com | So it’s not really ignorance alone; there is, at root, an ethical question at work, and it centers on the gross immorality of casting a vote. Yes, politicians are malevolent or stupid, most likely the former in my view, but everyone who votes for them is complicit, up to his neck, actively taking part in the most humongous act of armed robbery in the history of man. That is not “insurance”–a perfectly sound idea involving the voluntary sharing of the risk of heavy but unpredictable loss–this is theft, neither more nor less. That is the real, moral disease that has infected the core of this society and no amount of medical care is going to cure it. Read Entire Article 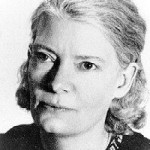 I have long since come to believe that people never mean half of what they say, and that it is best to disregard their talk and judge only their actions.Dorothy Day … (next quote)