How to Corral Sheep

FarmWars.com | Have you ever tried corralling sheep? Not an easy task unless you know what you are doing. Since sheep are herd animals, they like to stick together. Get the leader to go in one direction, then the others will soon follow. They also tend to be very habitual. Both of these tendencies can be used against them to get them to do what you want them to.

Let’s just say that I own a large herd of sheep, and want to shear them. To do this, I need them to be in a small pen so that their movements are limited, making them easy to catch. Here are some very effective methods:

There are a lot of sheep, and only myself and a dog to get the job done. The sheep must be led to believe that the entrance to the pen where I want them to go is their only means of escape from me and the dog. Therefore, I open the gate to the pen, and slowly but surely, the dog and I move towards the sheep, while they retreat from us towards the gate. We need to make sure that they do not panic and scatter, so we are very methodical and diligent in keeping them together. Once the leader enters the gate, we move in closer, and the rest of the flock follows the leader into the pen. Close the gate, and the job is done.

I am alone this time, so I begin feeding the sheep in a small pen several days before shearing date. This gets them used to going to the same place, day after day, and thinking nothing about it. By the time the shearer arrives, all I have to do is feed the sheep in the small pen then close the gate behind them whenever I want to.

Humans are a bit like sheep. Read Entire Article 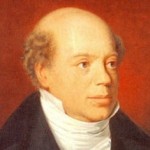 I care not what puppet is placed on the throne of England to rule the Empire, ...The man that controls Britain's money supply controls the British Empire. And I control the money supply.Nathan Mayer Rothschild
1815 … (next quote)

The Man Who Planted Trees