Font
Anarchism and the Language of Non-Violent Communication →
← Lemonade “Terrorism”

A Generalised Habit Of Deference

LibertopiaFestival | The idea of society without government can give people a sense of vertigo. We often think of government as a framework or structure that holds society in place and keeps it orderly; remove it, and everything becomes chaotic!

But there’s something odd about this way of thinking. Because government isn’t some kind of external constraint on society, separate from it and free from its limitations. It’s just a particular way (a fairly nasty way, unfortunately) that people interact.

By contrast, imagine a government run by Superman. Now there’s a ruler who really could enforce his will on millions of people by his own personal might. He could hear your whispers of dissent with his super-hearing, zip over in an instant with his super-speed, incinerate you with his heat vision or level your building with a blow of his fist – and be back home within a minute.

But we’re not ruled by Superman. No ruler has the ability to impose his or her will without the support of lots of government employees – and those employees, being vastly outnumbered by those they rule, cannot impose their will without the acquiescence of the populace. All that maintains the powerful in power is a generalised habit of deference.

It’s true that those who disobey the government’s edicts, even when the disobedience is peaceful and harms no one, are repaid with cudgels, bullets, or prison bars; this is why government is such an uncivilised mode of human interaction. (The use of force should be reserved only to combat those who initiate force themselves.)

But governments can coerce the few only because the many go along with it. If the populace were to ignore the government en masse, the rulers would be reduced to the status of crazy people shouting on street corners – as in the Monty Python sketch where Hitler returns from the dead, changes his name, and runs for office in England, giving his usual style of speeches, attended by only a handful of bored, puzzled spectators who watch his antics for a bit while passing by.

And what that shows is that the idea that government is necessary to maintain order is a myth. They’re not maintaining order. We – all of us – are. And we can keep doing it without them.

But aren’t the rulers necessary to coordinate our activities? On the contrary: voluntary, distributed networks – markets, internets, etc. – are far more effective at coordination than are coercive, centralised command-and-control systems. And there is a long history of voluntary associations of individuals efficiently providing even judicial arbitration and security services for themselves, without government or in defiance of government.

As Thomas Paine wrote in The Rights of Man:

Great part of that order which reigns among mankind is not the effect of government. It has its origin in the principles of society and the natural constitution of man. It existed prior to government, and would exist if the formality of government was abolished. The mutual dependence and reciprocal interest which man has upon man, and all the parts of civilised community upon each other, create that great chain of connection which holds it together. The landholder, the farmer, the manufacturer, the merchant, the tradesman, and every occupation, prospers by the aid which each receives from the other, and from the whole. Common interest regulates their concerns, and forms their law; and the laws which common usage ordains, have a greater influence than the laws of government. In fine, society performs for itself almost everything which is ascribed to government. …

If we examine with attention into the composition and constitution of man, the diversity of his wants, and the diversity of talents in different men for reciprocally accommodating the wants of each other, his propensity to society, and consequently to preserve the advantages resulting from it, we shall easily discover, that a great part of what is called government is mere imposition. …

For upwards of two years from the commencement of the American War, and to a longer period in several of the American States, there were no established forms of government. The old governments had been abolished, and the country was too much occupied in defence to employ its attention in establishing new governments; yet during this interval order and harmony were preserved as inviolate as in any country in Europe. … The instant formal government is abolished, society begins to act: a general association takes place, and common interest produces common security.

The only amendment I would make to what Paine says here would be to eliminate the phrases “[a] great part of” and “almost.”

It’s common for people to distrust noncoercive solutions to social problems, because such solutions don’t guarantee that the problems will be solved. That’s true enough; but what the objection misses is that governmental mandates don’t guarantee anything either. Government doesn’t stand outside of society, shaping patters of human interaction; it is itself just one more pattern of human interaction. Whatever government mandates is enabled and sustained by voluntary cooperation. And since centralised, coercive, monopolistic systems are notoriously beset by informational and incentival perversities, what the government decrees is actually far less guaranteed than the services that a freed market would provide.

Rulers have power only because we all continue to act as though they do. And what we thereby maintain in existence is a system in which powerful elites (both those holding actual government office, and the nominally private corporate plutocrats who benefit from governmental privilege) regulate our lives, drag us into sanguinary wars, and expropriate the products of our labour.

In the words of Gustav Landauer, just over a century ago: “The state is a relationship between human beings, a way by which people relate to one another; and one destroys it by entering into other relationships, by behaving differently to one another.”

Anarchism and the Language of Non-Violent Communication →
← Lemonade “Terrorism” 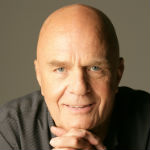 Freedom means you are unobstructed in living your life as you choose. Anything less is a form of slavery.Wayne Dyer … (next quote)

Anarchism and the Language of Non-Violent Communication

War Is A Crime
http://warisacrime.org/