Everything-Voluntary.com | Voluntaryism is the philosophy centered around the voluntary principle, the belief, for various reasons, that all human relations should happen voluntarily, by mutual consent, or not at all. In practice, this looks like individuals approaching each other not with weapons drawn, but with weapons put away, and in the spirit of negotiation and trade. While each individual will consider his property as his own, he will afford the same consideration for everyone else. He will choose who may do what with that which he considers his, and will only resort to violence if he feels the he or his property is being threatened in some way. Everyone else will do likewise. Over the course of innumerable voluntary human interactions, norms and conventions will develop and evolve that will provide everyone with a clear set of rules to follow if they are to maintain peace and to build prosperity with one another.

Throughout the above social process, newcomers will arrive from closer or further away places. So long as they arrive in the spirit of negotiation and trade, without the desire to take what doesn’t belong to them, they are sure to be welcomed and made a valued member of society. If, however, they come in the spirit of entitlement and manipulation, they will sooner or later clash with the rules of their new society and either be forced to change or forced to leave.

If enough representatives of a given people arrive in this society in the above incompatible spirit, and are subsequently forced out, it seems possible, maybe even likely, that a prejudice will develop toward such a people with identifiable traits, and they, even the peaceful ones, will find it much harder to assimilate with their new society. The responsibility will be theirs to change the prejudice if they are to have any future here.

Hans Hoppe, I believe, has best formulated the voluntaryist position on immigration. While a society such as the above will welcome those who come in the spirit of negotiation and trade, they will not welcome those whose reputation for entitlement and manipulation precedes them. While such a reputation might seem unfair for certain individuals, it is nevertheless reasonable and predictable that a society would develop prejudices against those who clash with their rules. Should laws be instituted by a central authority prohibiting the discrimination from trade or interaction with those who have found themselves the targets of certain prejudices? Would that be compatible with voluntaryism? Hardly. Rather, such laws would be instruments of forced integration, the coercing of one group of people to accept within their midst another group of people. Under this condition, the peace and prosperity that results from people coming together in the spirit of negotiation and trade has been put off for a time or made unlikely to result. The reason for this seems obvious.

While the voluntaryist supports free immigration between peoples with compatible values, he does not support forced integration. Let individuals or groups of individuals choose for themselves who they will allow on their individual or collective property. Societies that are welcoming to foreigners who come in a spirit of negotiation and trade will, it seems to me, find themselves becoming more and more prosperous as they voluntarily integrate the best of what each person has to offer. 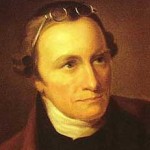 Guard with jealous attention the public liberty. Suspect everyone who approaches her. Unfortunately, nothing will preserve it but downright force. Whenever you give up that force you are ruined.Patrick Henry … (next quote)