CAFR1 | The government census has over the last year made a very big push to get GPS readings at your front door as many reading this are aware of. When they came to your house they did not ask “any” questions that a census taker would normally ask such as how many live here; where are you from; what is your name; how old are you; how many children, the only thing they were assigned to do was take a GPS reading at the entrance to your property and at your front door.

I strongly recommend that each and every one of you watch this short 4 minute US Air Force video.

I personally live way off the grid at this time. 14 miles out on dirt roads with my closest neighbor a 1/4 mile away and the next 5 miles away. I may see two or three cars a year out here from a venturesome explorer. But then three months ago there was an individual at my front gate taking a GPS reading. When he opened my gate to come inside I approached him. He said he was from the census, and he had his little census name tag clipped on his shirt.

Well, we chatted for a while, and as we did he walked over to my
front door and took another GPS reading. Now I am getting a little
suspicious and the red flags are triggering. He then started walking
towards my other structures to take a GPS reading and at that point I told him: I did not mind him taking a GPS reading from my front gate but wanting to take a GPS reading from each entrance to each structure with him noting each structure on the reading and then a GPS reading of my fence area, and without asking “one” normal census question, I at that point told him to get off the property. He continued to try and take more GPS readings so I stood in front of him 10 inches from his face and said in a strong tone: “I guess you did not understand me, leave”

He then walked back to his SUV and left. Two days latter a woman
came by and parked at my front gate. When I approached she tried to drive off but I intercepted her and said: “can I help you, are you lost?” She said she was a supervisor who worked for the census and she was checking the work of the person who was out there the day before and quickly drove off. I snapped a picture of her car as she sped away.

Well, to say the least, in all logic these occurrences were highly
suspicious without “one” normal census question being asked and the only intent being the taking of specific GPS readings of entrances to structures. I checked with a few people who lived within seven miles of my location (there are about five) and they had the same experience so that alleviated my suspicion of sole targeting.

I had to ask myself WHY was the only interest being exact GPS
readings at entrances to structures. My first thought was GPS
satellite surveillance. My second thought was for ease of roundups of targeted populations if implemented. Both of those thought are probably correct.

This morning I happened to watch a video on MAV’s and a chill came over me as a 1 + 1 = 2 equation became very clear of the GPS readings taken and MAV application as a control tool over the population for many a different applications. Scary was a mild word that came to mind.

It is your government and tax dollars at work and the final intent
for use may just be for each and every one of us. No paranoia, just 1 + 1 = 2 on real application. But then nothing to be concerned about, our government would not do this to US, now would they?

You see, under war circumstances they can get away with use and
testing these types of things. Under peace conditions, it would never be allowed. Keep in mind the tiny flash cards of today can hold 40 gigs of data processing information so the capabilities of these MAV devices are here today. 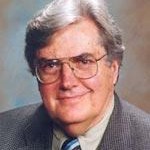 The state has, in order to control us, introduced division into our thinking, so that we come to distrust others and look to the state for protection.Butler Shaffer … (next quote)

What Is Political Science?

What We Need Is Civil Disobedience