Font
The Real Meaning of Thanksgiving; Socialism Does Not Work →
← Jury Nullification: Why You Should Know What It Is

LarkenRose.com | The Constitution was written by mere mortals. To many, it has become akin to religious doctrine, and questioning it is considered sacrilege. But back when it was being debated, it was obviously not considered unquestionable. The arguments between “federalists” and “anti-federalists” (with both groups including individuals now revered as “founding fathers”) were zealous, and often heated. Looking back, the worries of the “anti-federalists,” that the “limited” federal government would eventually grow into a giant, tyrannical monster, were well-founded. And the assurances from the “federalists” that it would not do so were dead wrong. (Read Federalists #45 to see how small the PRO-Constitution crowd thought the federal government would remain.)

I have, on many occasions, cheered the “founding fathers,” AND
bashed them–sometimes both at the same time. And that makes a lot of people uncomfortable. We like to have heros, people we can imagine to be perfect, to point at and say “THAT is what we should strive for!” Sorry, but the founders–even the wisest among them (and I would put Jefferson near the top)–are not that. An easy example was the fact that Jefferson owned slaves. Another was the unconstitutional “Louisiana Purchase” that he made happen. We can try to make up excuses, or we can just acknowledge that no one is perfect, and that we should embrace what is good and condemn what is bad, even if both reside in the same person (as they always do).

Refusal to think is never a good idea. No matter how wise something seemed, or how successful something was, we should always be willing to re-examine assumptions to try to make things better. A lot of what happened at the birth of this country was very unusual, and represented a giant leap forward for human civilization. The Declaration of Independence, in discussing “unalienable rights,” very clearly advocated self-ownership. Then it turned around and suggested that “government” could somehow be used as a tool to defend liberty. But it can’t. The Constitution claimed to create a protector government, but then gave it the ability to initiate violence, via “taxation” and “regulation.”

Try this mental exercise: Think of the person whom you respect and admire the most, and then think of something he said that seemed wrong to you. Then practice saying, “He is/was a smart guy, but he is/was WRONG about that.” Because you’re allowed to think that, even about very learned, very wise folks like Thomas Jefferson. Because he was wrong about plenty of things. That doesn’t cancel out what he was RIGHT about, but it does make it so that it’s up to each of us to analyze things objectively, and to distinguish truth from falsity, no matter what the source.

And in that spirit, I recently posted a ten-minute video titled
“I’m Allowed to Rob You!” which takes a pretty serious swing at the Constitution. Whatever you think of it after you watch it, I dare you to forward this link on to others (family, friends, enemies, etc.). Even if it’s so far beyond what most people have ever thought about, and even if they just react with instinctive tantrums, it’s high time the general public started being exposed to such ideas.

The Real Meaning of Thanksgiving; Socialism Does Not Work →
← Jury Nullification: Why You Should Know What It Is 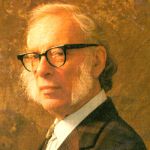 Self-education is, I firmly believe, the only kind of education there is.Isaac Asimov … (next quote)

GroupThink – For Easy Control Of The Masses