LarkenRose.com | I believe that the use of violence is sometimes justified, but only in defense against an aggressor. It’s a pretty simple rule to remember. But it logically implies things that almost everyone is really scared of hearing, such as “Since most of what ‘government’ does is initiate violence against innocent people, it is often moral and justified to resist the agents of ‘government’ using any means necessary, including deadly force.” (Of course, that doesn’t mean it’s a good idea on a practical level, or would accomplish anything; the statement is about moral justification.)

Such a statement freaks almost everyone out, because they’ve been trained to worship the state, to view obedience to politician scribbles (“laws”) as a moral imperative, and to view disobedience as a sin. “Breaking the law”–even though all that means is disobeying politicians–is assumed to be a horrible, anti-human, evil thing to do. So when I spout what amounts to blasphemy to statists, by saying that resisting “government” coercion is just as moral as resisting any other thief or thug, a lot of people get nervous and upset. It’s as if I insulted their god. And that’s because I DID insult their god: the god called “government.”

But the weirdness doesn’t stop there. You see, while I’m as blunt as can be about what I believe, and what I advocate, statists almost NEVER openly admit what they want. For example, everything the “government” spends, it first takes from people (via “taxes”). But those who support government welfare–which is a LOT of people– hardly ever come out and say “I think money should be forcibly taken from you to give to the poor.” Even when I question them at length, they go to great lengths to NOT admit, even to themselves, that what they advocate is the initiation of violence (against you, me, and everyone else). I can’t count how many exchanges I’ve had with people that go like this:

Me: “So you want government to finance this particular program?”
Statist: “Absolutely.”

Me: “And what should happen to those who refuse to fund it?”
Statist: “Well, the government pays for it.”

Me: “And where does it get the money?”
Statist: “From taxes.”

Me: “And what should happen to those who don’t pay?”
Statist: “Well, we all have to pay taxes.”

Me: “I’m asking what it is that YOU advocate. What do YOU think should be done to those who refuse to fund your idea?”
Statist: “Well, those who don’t pay their taxes either have the IRS go after them, or they get prosecuted.”

Me: “But is that the way it SHOULD be? For example, are YOU advocating that force be used against ME if I refuse to pay for what YOU want ‘government’ to do?”
Statist: “We all have to follow the law.”

Me: “Would you approve of ‘government’ putting me in a cage if I didn’t pay for the ‘government’ programs you advocate?”
Statist: “Well, no. Not necessarily.”

And so on, ad infinitum.

Ironically, I find that this happens just as often when I talk to many among the “limited government” crowd, too. I find that those who say they love freedom, and say they believe in the principles of libertarianism, and yet still believe some form of “government” is necessary, try really hard NOT to admit that they advocate (in a “limited” way) the initiation of violence. If, for example, someone thinks that “government” has to exist to provide a defense system, why can’t that someone just come right out and say, “I believe you should be forced to fund a defense system, whether you want to or not”? It’s obviously what they believe. So why can’t they SAY it? (Sometimes, if I grill someone long enough, he’ll finally admit it. But why does it almost require a water-board to get statists to say what they advocate?) If you’re opposed to “anarchy,” then (by definition) you’re for “government,” which is ALWAYS coercion. If someone is so sure that that’s the right thing to believe in, why are they so reluctant to merely LITERALLY DESCRIBE what it is that they support? Why won’t they just SAY, “I want you to be forced to fund what I want”?

Well, one reason they might not want to say that is because it doesn’t sound very nice. And that’s because it ISN’T very nice. That’s why I don’t advocate that anyone be forced to fund whatever I think would be good for them. (And that makes me an anarchist–or a “voluntaryist,” to use a less scary word for it.) But why can’t the people who so vigorously and righteously insist that some “government” is necessary–while vigorously rejecting “anarchy” (lack of a ruling class)–be just as confident and bold when describing what they actually advocate? Why do they cower, and hide behind euphemisms and obfuscations?

Every once in a while a devout, hard-core statist DOES openly admit what he wants. And even THAT makes other statists uncomfortable. They don’t want to hear the essence of their own belief system spoken aloud, without any window dressing to make it look more pleasant. Because, when you describe statism as what it literally is–the belief that violence should be initiated against EVERYONE, for their own good–it starts to sound as evil, insane, and uncivilized as it is. 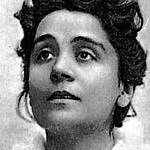 If the sight of the blue skies fills you with joy, if a blade of grass springing up in the fields has power to move you, if the simple things of nature have a message that you understand, rejoice, for your soul is alive...Eleonora Duse … (next quote)

The Good Funding the Evil