Font
I’m Allowed to Rob You! →
← Attacking the Sacred

The Real Meaning of Thanksgiving; Socialism Does Not Work

Foldvary.net | This “from each according to his ability, to each according to his need” was an early form of socialism, and it is why the Pilgrims were starving. Bradford writes that “young men that are most able and fit for labor and service” complained about being forced to “spend their time and strength to work for other men’s wives and children.” Also, “the strong, or man of parts, had no more in division of victuals and clothes, than he that was weak.” So the young and strong refused to work and the total amount of food produced was never adequate.

To rectify this situation, in 1623 Bradford abolished socialism. He gave each household a parcel of land and told them they could keep what they produced, or trade it away as they saw fit. In other words, he replaced socialism with a free market, and that was the end of famines.

Many early groups of colonists set up socialist states, all with the same terrible results. At Jamestown, established in 1607, out of every shipload of settlers that arrived, less than half would survive their first twelve months in America. Most of the work was being done by only one-fifth of the men, the other four-fifths choosing to be parasites. In the winter of 1609-10, called “The Starving Time,” the population fell from five-hundred to sixty.

Then the Jamestown colony was converted to a free market, and the results were every bit as dramatic as those at Plymouth. In 1614, Colony Secretary Ralph Hamor wrote that after the switch there was “plenty of food, which every man by his own industry may easily and doth procure.” He said that when the socialist system had prevailed, “we reaped not so much corn from the labors of thirty men as three men have done for themselves now.”

Before these free markets were established, the colonists had nothing for which to be thankful. They were in the same situation as Ethiopians are today, and for the same reasons. But after free markets were established, the resulting abundance was so dramatic that the annual Thanksgiving celebrations became common throughout the colonies, and in 1863, Thanksgiving became a national holiday. Read Entire Article

I’m Allowed to Rob You! →
← Attacking the Sacred 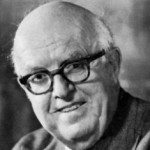