Font
Reality of Money →
← ‘Atlas Shrugged’: From Fiction to Fact in 52 Years

Grant No Man the Authority to Make You His Slave

Voluntaryist.com | Are there any among us who would not decry the repugnancy of slavery? I am assuming, of course, that you have reached a higher station in your moral evolution than members of the common mob. Yet, isn’t it likely that the lowest serf, imprisoned as a nameless unit of the proletariat, abhors his forced servitude? Like a prisoner gazing beyond his bars, does not the indentured servant, in his most hopeful of moments, dream of freedom? I grant you it is possible some mindless automatons with lobotomized souls would equate their slavery with fate. Such people lack enough vitality in their being to even protest a perfunctory “I wish I were free,” and they are certainly not endowed with a single drop of originality in seeking it.

I salute you – the self-owned, the self-reliant, the independent heroes of freedom! You have refused to submit and surrender to the iron boots of slavery. You eschew tyranny and refuse to sanction the officious, pigheaded, bureaucratic assaults and intrusions upon your life. To you these assaults are as impotent as rag dolls. Yet they continue each day, fed by the mentality of the mindless mob granting what they have no right to grant, sanctioning what no one can sanction, and legitimizing what no one can make legitimate.

If it were not for a swarm of obedient servants, myriads mired in the morass of the mob mentality, even a Caesar or a Napoleon would be reduced to flaccid, vagrant nobodies. For whom is a Caesar, a Napoleon, or an Alexander the Great without their armies, their hordes of servants, and the greedy solicitous masses humbly beseeching them for perks?

Just imagine a Napoleon in his threadbare uniform, standing on a box in the city square and shouting political slogans, much like an itinerant evangelist seeking converts by wildly proselytizing like a madman. The local citizenry give him a wide berth, as one would sensibly do to anyone so afflicted. Such a clown could hardly be taken seriously, let alone obeyed. You would not grant such a one respect, nor approve of his desire to impose his will. Nor would you, as the case is today, sanction the will of the larger mob over the individual who does not wish to be enslaved. Grant no man the authority to make you his slave! Appoint no one your guardian. Accept no handouts from those distributing stolen property. Commit no criminal acts by accepting monies extorted from others.

When a government is installed by the voting majority it imposes a tribute upon all, known as taxation. Confiscations of property and imprisonment await those who refuse to pay voluntarily. Taxation, administered in this manner, is clearly theft. Morally, you have no right to be a co-conspirator in the aggressing and extorting of monies, or properties, or in the forced conscription of your own or your neighbor’s children being compulsorily sent to “school.” If you vote to sanction the unsanctionable, to legitimize the illegitimate, you criminalize yourself. And does your vote really matter (except as evidence that you accept the governmental system)? You only exchange one candidate for another, while the tyrant (the institution of government) remains the same!

Oh yes, you may agree that you have been burdened by government, and so seek solace by voting for change. You may feel that you are choosing the lesser of two evils. Here I implore you to bear in mind that the lesser of two evils is still evil! To endorse a little evil is similar to accepting a little carcinoma. Evil is still evil! This is more than the simple sin of looking in the other direction as a co-worker steals from his employer. This is your sanction of murder and theft! This is your approval of extortion! This is your endorsement of slavery! Can you cast a vote in good conscience that will result in the oppression and enslavement of others? When you vote for a candidate, you are in fact saying it is perfectly right for him to force your neighbor to submit to your desires — desires which can be enforced at the point of a gun. Except in distancing yourself from the crime, is there really any difference between hiring someone to rob your neighbor and committing the act yourself? Even more serious is the fact that, by voting, you have essentially hired a hit man to kill the “others” with whom you disagree. Of course, if you hired the Mafia to do the dirty work, you’d go to prison if you were caught. You escape responsibility by voting and having government agents act on your behalf. The crimes are identical. The only difference is that the first method is “politically” approved and legal, and the second is not.

Bear in mind, laws of convention made and enforced by the collective are not like the laws of nature, which, when violated, extract perfect retribution. Therefore, in the furtherance of my own evolution, I can only say “NO” to ALL the candidates. So you see, in a sense I am casting a “NO” vote against all of them. My choice is simply “None of the Above!” One candidate may steal from me more or less than the other, but that’s not the point. The basic premise, for honest conscious minds, is that stealing cannot be legitimized. Your integrity should never allow you to cast a vote. Do not sanction your own enslavement. Grant no man the authority to make you his slave. Grant no man the power to enslave your neighbor, grant no man the sanction to steal or murder in your name, lest you cause yourself irreparable moral damage. When asked how one could be a free man and yet a slave, the ancient Athenian sage, Diogenes, answered, “Simply, by the number of times you say master.” Diogenes, who recognized no master, always embraced a NO vote. He argued that Athenians, who voted by casting various-colored beans into a receptacle, should “Abstain from beans.”

Once, while sunbathing by the river, Diogenes was approached by Alexander the Great. Alexander’s shadow loomed over the reclining, naked Diogenes. “Do you know who I am?” asked Alexander. “That’s not the question you should be asking,” retorted Diogenes. “You should be asking if you know who you are.” Alexander, like all avaricious, unctuous politicians, was asking the same banal and prosaic question, namely: Do you recognize my authority to control you? Do you acknowledge my power over you? Diogenes’ refusal to kowtow to Alexander simply meant Diogenes recognized no authority except “the primacy of his own right judgment.” Freedom, in Diogenes’ view, was the “absolute dominion over his own will. This was the inner realm over which no outside force, not even an Alexander and all his soldiers, had any power, whatsoever.”

Regaining his composure, Alexander boasted, “I’m Alexander the Great!” Unimpressed, Diogenes, in a dismissive tone replied, “So, be Alexander the Great!” No one had ever spoken to Alexander with such self-assured authority before. In fact, no one could, except the individual who knows that no person can truly control another. Now feeling more like the average solicitous bureaucrat, Alexander adopted a more servile attitude, offering, “Is there anything I can do for you?” Casually waving his hand, Diogenes replied, “Move over. You’re blocking my sunlight.”

So what are you waiting for? You should dismiss these pompous pinheads with a wave of your hands, instead of using them to pull the lever in the voting booth.

You were born free and you should remain free. You need no one to speak for you. You require no guardians. You have no need for an elder brother watching over your shoulder. You will learn from your own mistakes and grow strong by them. You require no handouts. For it is only by your own hand, and by voluntarily trading with others, that you can honestly obtain all the fruitage for the greater life. You may fail or you may succeed, but only so long as you grant no man the authority to make you his slave may you pursue your quest for a more bountiful life.

Reality of Money →
← ‘Atlas Shrugged’: From Fiction to Fact in 52 Years 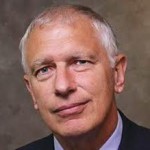 Anarchism is the gentlest of all political systems. It contemplates no institutionalized coercion.Doug Casey … (next quote)

What Poppy Poisoned The Serpent?