Font
I Must Speak Out →
← Economic Development Without the State

Why Faith In The State Over Anarchy Is Flawed

GonzoTimes.com | The Government does not hate you. The Government does not like you. It is indifferent. The Government is not an entity with feelings, remorse, ethics or conscious. It is a collective of individuals working according to rigid flawed guidelines. The government is not an individual therefore the government as a whole has no rights whatsoever. People can have rights, this corporate entity called the United States has no rights. It functions to take rights and to oppress. There are often individuals within the government who wish to ‘do good’ but overall that is impossible. The nature of government prohibits any good for the very means of which the state reaches its ends is immoral.

Individuals who work within the government or are employed by the government may have rights, but no more than any other individual. This makes the actions of many of the states employees criminal by the very nature of their jobs. Marines and Soldiers often engage in murder and invasion. They justify this by stating that the non-individual ‘the state’ is responsible. What is the state? It is nothing more than these individuals acting in a criminal manner to assert force and control over other human beings. If a gangster claims they have the right to murder because the gang they belong to calls for this murder, do we accept that as a justified?

Police by the nature of their job simply defend the will of the state with force. They partake in what would be seen outside of the context of the state as extortion, theft, murder, assault and kidnapping on a daily basis. This is simply justified by stating ‘they were just doing their job.’ Even the youngest elementary school child is taught this is wrong. “Would you jump off a bridge if Jimmy told you to?” We learn that just because someone tells us to do something it is not justified. Somehow statist apologetics seem to defy those simple ethics.

These people who have committed crimes against humanity under the titles the government provides them would still exist in a system without government. The aim of eliminating government can be seen as an aim to end the unethical nature of the state. By eliminating the crux of the state which is the power of the Police and Military that uses force to obtain it’s will and command over others. The average person sees these as necessities for order. To bring up alternatives for order in a more ethical manner tends to bring up doomsday scenarios and a debate that compares anarchism to a certain utopia they have even failed to obtain through their force. As an anarchist I do not seek utopia, but to reject a system that is every bit as criminal as what it claims to oppose. I seek to oppose hierarchy, power over others and oppression. To claim that we must accept oppression on one level to avoid oppression on another level is inaccurate. This returns to the statist mindset that in order to end crime we must also partake in those crimes under the title of ‘Police.’ I am not asking for oppression or crime on any level, rather pointing at how we accept it on one level for a ‘greater good’ justified by ‘the will of the people’ or the ‘divine rights of kings.’

If you have faith in these people to keep order and to find solutions with coercion why then do you not believe that this order can not be found outside of criminal means? Read Entire Article

I Must Speak Out →
← Economic Development Without the State 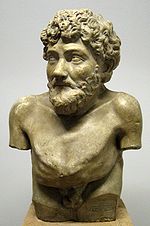 Any excuse will serve a tyrant.Aesop … (next quote)