Font
Why Faith In The State Over Anarchy Is Flawed →
← Bianca, You Animal, Shut Up!

C4SS.org | American political debate has recently centered on manufacturers that relocate overseas and “abandon” American workers — and the alleged need for government to stop them from doing it. But maybe we need to figure out a way to abandon the corporate employers, instead.

Conventional community economic development policy — this is equally true of Chambers of Commerce, state industrial development commissions, and World Bank technocrats — starts from the assumption that the path to economic development is colonization: Get a giant corporation to set up an outpost in your community and provide a lot of jobs (preferably with government seed money to lure them in).

The rationale was simple: For a couple of centuries, the propertied classes’ privileged access to big piles of capital and millions of acres of stolen land made them a chokepoint on economic development.

But technological developments in recent years — the desktop/Internet revolution in the information sphere, and the revolution in cheap digitally controlled machine tools in manufacturing — are freeing us from this dependence.

The main material reason for the factory system and predominance of wage labor was the technological shift a couple hundred years ago from relatively inexpensive, general-purpose artisan tools to expensive machinery. Only the very rich could afford the machinery required for production, and they then hired wage laborers to operate it.

The computer revolution, and the revolution in cheap garage-scale machine tools, have reversed this shift. The computer is a cheap, general-purpose artisan tool that destroys the quality gap between what a person can produce at work and what he can produce at home, in a whole range of industries: Software, recording, and desktop publishing among them.

A garage “factory” with $10k worth of homebrew machinery can do most of what used to require a million-dollar factory. And with a network of open-source hardware designers, it can design its own products, and produce “lean” style: Producing in small batches and switching back and forth between lots of different products as the orders come in, and gearing production to a local/neighborhood market. That means low overhead, no inventory, drastically reduced shipping costs, and no mass-marketing costs.

In a lot of manufactured products, a major portion of price is either brand-name markup or embedded rents on patent and copyright, rather than labor and material cost (Tom Peters crowed, in The Tom Peters Seminar, that 90% of his new Minolta’s price was “intellect”). Competition will strip out that part of price (along with the portion of your work hours that go toward earning money to pay tribute to the owners of artificial property rights).

It helps that relocalizing manufacturing to “a hundred thousand garages” essentially makes proprietary designs unenforceable. The costs of industrial patents are such that they only pay for themselves if you produce in large batches, and enforcement costs are minimized by the fact that a handful of oligopoly firms distribute their products through a handful of corporate retail chains. When thousands of garage factories are producing knockoffs or riffing off of proprietary designs, in small batches at the neighborhood level, the costs of enforcement will destroy the patent regime.

Patents are also the main legal support to planned obsolescence, as well as to the whole model of price-gouging on parts and accessories (e.g. cheap phones and expensive service plans, cheap printers and expensive toners, etc.). With no patent restrictions on competition, there would be no legal barrier to competitors producing generic modular accessories and spare parts for other companies’ platforms. So the competitive pressure would be toward developing products that were compatible with other companies’ stuff and easy to repair by simply replacing one modular component — instead of designing products that only work with your own marked-up accessories, and can’t be fixed without throwing the whole thing away.

And all this renders the conventional strategy for community economic development totally obsolete. A low-capital, low-overhead approach to development is an enormous force multiplier for the community’s own resources. When the capital outlay for building a factory to produce everything you need falls a hundredfold, the propertied classes’ longstanding advantage in access to land and capital is completely nullified — communities can bootstrap local economies, starting with almost nothing, without begging a Daddy Warbucks for help.

So maybe this is the beginning of a shift away from the idea of “jobs,” and back to work as something working people do for ourselves and for exchange with each other.

Why Faith In The State Over Anarchy Is Flawed →
← Bianca, You Animal, Shut Up! 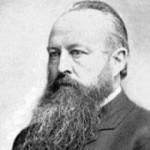