Font
The Tragedy of Political Government →
← Who Killed The Electric Street Car?

Voluntaryist.com | In his book, The Survival Home Manual, Joel M. Skousen notes that “the bureaucrat never does any of the dirty work for the prosecution of his rulings.” In other words, a judge or administrative officer who cites a citizen for the conduct of illegal activities never directly enforces his own edicts. If the activity in question – such as building a house without a permit – continues after it has been administratively determined such activity should stop, then the bureaucrat in charge of regulating such affairs usually initiates a case before the judicial branch of government. If the defendant refuses to “cease and desist,” then the judge has the power to hold the offender in contempt. Instead of arresting a person for “building a house without a permit,” the judge authorizes a policeman or sheriff to arrest the offender for “contempt of court.” The crime then shifts into a different playing field. The issue then becomes one of “control,” and the offense becomes one of questioning and denying the power and authority of the State and its judicial system. As Skousen puts it,

“Notice, that if you ever resist bureaucratic ‘law,’ you are not prosecuted for resisting an inane and unconstitutional law, but for “defying the court” or “resisting arrest.” Separating the act of resistance from the initial law which motivated the act is one of the slickest ways to bring a populace into line with bureaucratic law.”

A compliant citizenry makes it easy for the State to mask its ultimate sanction. Usually the threat of arrest and imprisonment is enough to make most people docile and obedient. However, if a person wishes to resist, and refuses to submit to “court orders,” he will usually find himself overwhelmed by State force, usually in the form of drawn guns ready to shoot. All State law, no matter how petty, has as its final punishment your death – should you decide to resist to the bitter end. In this enlightened age, there are few hold outs who would dare the State to go this far, but in the late 1970s John Singer, a fundamentalist Mormon living in Utah, defied court orders that he cease teaching his children at home. Ultimately, he would not peacefully submit to an arrest, and after holing himself and his family up in their mountain hideaway, he was eventually shot and killed by law enforcement officers on January 18, 1979.

The saga of John Singer should be of interest to voluntaryists for a number of reasons. First, it is concrete proof that State sovereignty rests on force and its threat. Second, it presents the dilemma of conscientious homeschool parents: Who has the final say how children should be raised and educated? Who has the right to say what they are taught, and how they are taught? Should homeschool parents acknowledge State supremacy in matters of schooling and submit to the State by complying with its regulations, or should they go their own way, as John and Vickie Singer did? In short, the case of John Singer epitomizes the question: Who ultimately controls the children in our society – their parents or the State? The purpose of this article is to look at some of the important evidence necessary to answer these questions. Read More

The Tragedy of Political Government →
← Who Killed The Electric Street Car? 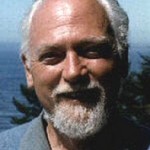 Is, is, is. The idiocy of the word haunts me. If it were abolished, human thought might begin to make sense. I don’t know what anything is; I only know how it seems to me at this moment.Robert Anton Wilson … (next quote)