Font
Get A Job? →
← Adventures In Legal Land

BadQuaker.com | To answer that, lets look at what a good Quaker is.

The people traditionally known as Quakers are actually called the Religious Society of Friends, and we at Bad Quaker have nothing but respect for them, their beliefs, and the hard work they have done during their 360 years of consistently seeking ways to improve the human condition.

Quakers vary widely in their beliefs and practices, but are perhaps best known for their unshakable position on individuality. Quakers hold fast to their belief that no one person should be honored above or below another. As a logical outworking of this position, Quakers formed the first true anti-slavery movement and almost single handedly shifted the established Christian doctrine away from the acceptance of slavery. Recognizing women on equal footing with men in the early 1600′s and consistently holding to that position through physical oppression and even torturous death, Quakers were the origin of the modern Women’s Rights movements.

Some other interesting tidbits about Quakers:

Likewise, standing, sitting, bowing, kneeling, saluting, or adjusting one’s attire upon command or for the purpose of bestowing honor are not practiced by Quakers.

To acknowledge authority or bestow honor by ceremoniously removing one’s hat or bowing or any other activity is to agree with the notion that some humans are better or somehow more important than others. This concept, we reject.

Swearing of oaths;
Quakers do not swear oaths of any kind. In addition to the practice being clearly forbidden in Scripture, the act itself is illogical and to some extent, insulting. For example, lets say Bill wants to sell Jack a boat. Jack asks, “Bill, does this boat float?” Bill answers, “Yes, to my knowledge, it has no leaks and it floats.” If Jack asks Bill to swear the boat floats, does he not infer that Bill may be lying? If Bill is the type of person who would lie about the boat’s buoyancy, how would adding the words “I swear” magically change Bill into an honest boat salesman?

So again, the oath is illogical and insulting. If Bill is giving a statement in a court of law and Jack asks Bill if he swears to tell the truth, the whole truth, and nothing but the truth, is Jack not inferring that Bill may be lying when he speaks without this magic oath? If so, and if Bill is in fact the type to lie, how is it that these magic words suddenly convert Bill the liar into Bill the honest man?

What about oaths of allegiance and of office?
Again, they are both illogical and insultive. If Jack tells Bill, “Join our cause!” and Bill responds, “I will join your cause.” are we then to assume Bill has not really joined and his honor is not really at stake unless he says the magic words? Are we to assume that Bill walks around on a day to day basis utilizing a loophole in honesty and if he fails to say the magic words he is never obliged to his statements?

What if the community gets together and decides Bill should be the final decision maker for the town. Are we to assume Bill will rob the town treasury unless he repeats some magic words swearing to follow edicts written on some paper?

Now, as to what Bad Quakers are not:
We are neither organized nor are we an organization.
We have no membership and we certainly follow no leader.
We have no manifesto and we neither have nor hold to any constitution written by the hand of a human.

We are free in our thoughts and we seek to be free in our day to day lives.
We ask no one to be our servant, and we refuse to serve others by any means other than our own choice.

Get A Job? →
← Adventures In Legal Land 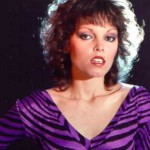 Is Taxation Theft? Why or Why Not?

The Queen Of Depleted Uranium