Font
The United States vs John Lennon →
← Journalist Jailed Indefinitely Without Trial (for not saying Uncle!)

War is a Racket by Smedley Butler YouTube.com | War is a Racket by Smedley Butler is a famous speech denouncing the military industrial complex. This anti-war speech by two-time Congressional Medal of Honor recipient exposes war profits that benefit few at the expense of many. Throughout his distinguished career in the Marines, Smedley Darlington Butler demonstrated that true patriotism does not mean blind allegiance to government policies with which one does not agree. To Hell with war. Smedley Darlington Butler (July 30, 1881 – June 21, 1940), nicknamed “The Fighting Quaker” and “Old Gimlet Eye”, was a Major General in the U.S. Marine Corps and, at the time of his death, the most decorated Marine in U.S. history.

The United States vs John Lennon →
← Journalist Jailed Indefinitely Without Trial (for not saying Uncle!) 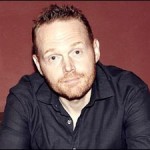 If you are stockpiling food and preparedness supplies but don't have a gun to defend it, all you're doing is gathering supplies for the biggest bully on the block.Bill Burr … (next quote)