Font
100th Monkey →
← We Are All Part Of The Experiment

Voluntaryist.com | What do you do when you awaken to the awfulness of the lies of the State and the State of the lie? How does one negotiate with pathological liars? How does one come to peace with his tax payment hiring of cold blooded murder for oil and money?

Against whom, then, shall I commit treason? The brotherhood of man? My rational mind and common sense? My moral conscience? Or the United States government? I prefer treason against the arbitrarily imposed rule of an organized crime syndicate to treason against humanity. To suffer in tax compliant silence the heinous crimes against humanity perpetrated by the United States would be to negate whatever is within me that can be called human.

The shredding of my government permission-to-exist documents is offered as a prayer that the government of the United States — perceived to be a criminal organization of incomprehensible scope — may be without bloodshed dissolved and abolished from this earth forever. Read More

100th Monkey →
← We Are All Part Of The Experiment 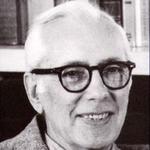 The doctor has been taught to be interested not in health but in disease. What the public is taught is that health is the cure for disease.Ashley Montagu … (next quote)

The State – Nothing More Than a Pseudonym