Font
“Right To Control” A Powerful Delusion →
← Do You Really “Owe” Those Taxes?

C4SS.org | The plain truth is that many people don’t see the violence they support as violence. Incarceration, though clearly carried out and enforced through violence, is not often discussed as a form of violence in our society. Nor is arrest, though it would be kidnapping if a private citizen carried it out. In most discourse, violence is shrouded in euphemism, to soften its harsh and brutal reality.

The simple fact is most people support violence in some cases. The problem is that it sounds bad to say you advocate violence, particularly in liberal circles, so they use euphemisms to talk about the violence they advocate. I’ve found that in the rare cases when this is called out, many people implicitly (or in some cases explicitly) make the argument, “It’s justified, therefore it’s not violence,” as though violence ceases to be violence when carried out for good reasons. The trouble with making “non-violence” part of your identity is that you start denying the nature of the violence you support, rather than recognizing that some violence may be justified and accepting the burden of proof required to justify your preferred forms of violence.

This is one of the few ways in which I think both conservatives and Marxist-Leninists are better than many liberals. Conservatives and Marxist-Leninists both tend to be fairly upfront and bloodthirsty about the violence they advocate, rather than assuming it away. Many conservatives explicitly and overtly defend and even praise torture, war, police brutality, and violent and abusive prison conditions. Many Marxist-Leninists joke about and glorify gulags, firing squads, and revolutionary combat. I find these views repugnant, but at least the violence is up front for all to see, rather than concealed. When euphemism conceals violence, this prevents honest discussion of violence, and implicitly lowers the burden of proof by concealing costs in any cost vs. benefit calculation.

That said, there are very real dangers in the approach that glorifies violence rather than euphemistically concealing it. By moving away from treating violence as bad and concealing it when you advocate it, you can move towards glorifying the violence you support, and thus become much less careful and cautious in evaluating whether the violence you support is justified. In a society with open and diverse debates, this may not work, as you will likely face challenges from those who see the violence you support as horrible, or at least questionable. But if you form a bubble, if you move towards what Julian Sanchez calls “epistemic closure,” it becomes very easy to escalate your support for violence. You talk with others who openly support this violence, you dehumanize the victims, and the violence ceases to be seen as a necessary evil, instead becoming a form of glory. The war becomes not just the tragic cost of freedom, but the ultimate in heroism. Torture becomes not a necessary evil to stop terrorism, but just desserts for Muslims who you have condemned as barbarians. The gulag and the firing squad become not merely a regrettable but necessary defense from counterrevolution, but glorious and exciting justice against capitalist pigs.

Given how destructive violence is, I think we ought to be very careful about when we consider it justified. My own approach sees violence as ethically constrained by a classical liberal theory of individual rights. In particular, I support the non-aggression principle, which says that violence can only be justified in defense from aggression against persons and property. Furthermore, I think that even when an act of violence isn’t precluded by this principle, we should still be quite cautious on the question of whether it’s desirable. Some acts of aggression may be resolved or prevented by non-violent forms of governance and dispute resolution, such as reputation mechanisms, ostracism, graduated sanctions, or a restorative justice process. Read Entire Article

“Right To Control” A Powerful Delusion →
← Do You Really “Owe” Those Taxes? 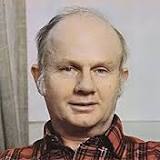 No use to shout at them to pay attention. If the situations, the materials, the problems before the child do not interest him, his attention will slip off to what does interest him, and no amount of exhortation of threats will bring it back.John Caldwell Holt … (next quote)