Voluntaryist.com | I recently had a short conversation with a friend about the meaning of the stealing commandment, “Thou shall not steal.” His attitude was “If you owe the taxes, then the government can’t be stealing from you when they collect it.” However, he did recognize that if you don’t owe it, then it is stealing when the government comes after you with all its might. So, do you really owe the tax money or not? Are you stealing from the government when you refuse to pay? Or is the I.R.S. stealing from you because you never agreed to pay what they claim you owe? It has got to be one or the other. Which is it?

On the one hand, government personnel pass legislation that demands compulsory contributions from the citizenry. No one is really asked to consent to this legislation, and even if one voted to select some of the government personnel that support these taxes, one could hardly be said to have agreed to its imposition. And what if one voted, but chose an opposition candidate who was defeated; or didn’t vote at all? Clearly, the government does not care whether you have voted or not. They still consider you liable for your taxes.

Most people want to be upright and meet their voluntarily-assumed obligations. They willingly pay their rightful debts in order to maintain their own self-esteem and to maintain their reputation in the minds of their friends, neighbors, and countrymen. So if taxes were really voluntarily contracted debts as the Internal Revenue Service maintains, then why does the government need to rely on force and its threat to collect the money? The very fact that the government must resort to this supports my argument that taxes are not voluntarily-assumed obligations.

Is there really any evidence that you owe your taxes? Did you even enter into a contract that you would pay ‘x’ amount in return for government services? Is your income tax return such a contract? No, it is a document coerced from you under penalty of perjury and under penalty for not filing. Furthermore, the government does not depend on having you file a tax return in order to claim that you owe them money. Ever hear of people being imprisoned and fined for NOT filing returns? The government cannot have it both ways: you owe if you do file and you owe if you don’t file. In fact, this is proof that the government is simply demanding money from you, no matter what you do. Therefore, I think it is safe to conclude that neither filing nor not filing constitutes any kind of proof that you owe taxes. There is no evidence of any consent or agreement on your part. The government considers you under its jurisdiction and consequently claims you owe it the tax.

Most advocates of taxation justify their view that “taxation is not theft” by referring to some form of “tacit” consent that each person incurs by simply being alive. This amounts to the claim that if you were born in the United States, then your presence means that you have agreed to be taxed! But where does it say that on your birth certificate (another service controlled by the government)? And even if it did, could an infant agree to such a condition at time of birth? No: infants do not have the capacity to contract debts. Besides, what would happen to those parents if they refused to consent on behalf of their children? Would they and their infant be forced to leave the country?

Does one’s use of government-provided services, such as the roads and the schools, mean you agree to be taxed to support the government? No. The government coercively monopolizes many of the goods and services some people would willingly pay for. By preventing competition, the government effectively denies them any choice in who they should buy these services from. At most, the government should present a bill for specific services rendered, not a bill for supporting all its activities. Furthermore, governments collect for such services from people regardless of whether they use, or even want, the service in question. For example, parents with no children, or, parents with children who do not attend government schools, must still pay school taxes. Pacifists are forced to pay taxes to support the police and the army. What possible justification can there be for compelling a man to accept a product he never ordered, doesn’t use, and would prefer not to have? And then jailing him when he refuses to pay the bill?

But this moves the argument one further step backward. Does the State have the right to determine the conditions under which we live? It is true that there are costs expended in protecting one’s property, and most people recognize that they must furnish their own protection or pay someone else to provide it. However, they should not be restricted from doing so themselves or seeking competitive bids for the provision of the services they desire. Government taxation prevents this from occurring.

Some argue that government is a necessity, just like food, shelter and clothing, Therefore, we are obligated to pay for it, despite not having requested its services. But this is a false analogy for two reasons. First, government is not a necessity, though some of the services it provides may be a requisite for civilized living. The question then becomes: what is the most moral and most practical method for delivering these services to those who want them? Second, even if government were a necessity, there is no reason for it to compel the purchase of its services. No one forces us to buy food, shelter, and clothing for ourselves. If a concerned third party acted like the government, they would outlaw all other providers and force us to buy from them. If we refused to do so, they would bundle us off to jail and steal our property, to boot. But that is not the way the “free” world works. If I fail to buy food, shelter, or clothing, I may die of hunger, exposure, or cold, but no one puts me in jail or confiscates my property for failure to do so.

It should be clear that government taxation is a coercive activity that introduces force and violence into an otherwise peaceful society. Those who say they haven’t agreed to pay their taxes understand that certain goods and services (food, shelter, clothing, protection) are essential to human survival and must be paid for, but realize they need not be provided by the government on a compulsory basis. What they oppose is the coercion involved in collecting taxes. They oppose the means, and take the position that the ends never justify the means. If some people think that certain government services are necessary, then they should try to collect the money to fund them in a voluntary fashion. If the people collecting this money do not think enough has been collected, then let them dig into their own pockets to make up the deficiency or do without. They do not have the right to spend other people’s money on things they think are necessary.

The whole premise of government taxation is essentially the idea that you and your property belong to the State. You are a slave of the State. Whatever the government allows you to keep or accumulate is simply attributable to its generosity. It is not yours by right. The voluntaryist view is that the State is a criminal institution; and that the State accumulates its resources and wealth only by stealing from each member of the community. Consequently, failing to file a tax return, or “cheating” on one’s tax return is simply a case of outwitting the criminals and keeping your own property. How could anyone object to you hiding your jewels so that a common thief couldn’t find them? Is that any different than you holding on to your wealth so that the government can’t seize it?

The answer in both cases is the same. Neither the common thief nor the government have any right to your wealth. They have no right to object to your actions that prevent them from seizing all or part of it. What the government calls tax evasion, either not paying your taxes or paying less than it claims, is simply a person’s way of saying, “No!” or “Enough is enough!” Such actions are one way of protecting your property from government thieves and reducing the amounts the government steals from you. The non-filer and tax evader are usually looked upon as cheats but is that really the case? No! The cheaters are those who deceive others into believing that they “owe” taxes to the government. These are the people who are trying to cheat the rest of us out of our rightfully earned property! Tax refuseniks are simply trying to outwit a criminal government by keeping what belongs to them. It is their money. It was honestly earned. They are fully justified in keeping it out of the clutches of both the thief and the tax man!

The gist of my article is to counter the belief that you are obligated to pay taxes levied by the government. Most people agree that if you “owe” somebody money, then you should meet your obligation and pay the debt. But to “owe” already assumes that you have voluntarily contracted the debt, and thus obligate yourself to its repayment.

But this is false in the case of taxes (which is precisely why the government goes to such great length to argue that paying taxes is voluntary).  Taxes are a coercive demand imposed upon you by the government, just as the robber demands your wallet.

If you once admit taxes are “forced exactions,” then it follows that taxation is no different than the forced exactions of a thief.  You certainly don’t “owe” the thief the contents of your wallet. “Well,” you reply, “the government provides us with infrastructure and services.”  “So what?” I reply, “so does the kidnapper who forcibly abducts you and then feeds and shelters you.” Do you “owe” the kidnapper for his services in keeping you alive while he demands a ransom? Of course not!

Isn’t the government acting just like the kidnapper? – which brings us to the whole point of my argument: “How can you define taxation in a way which makes it different from robbery?”

“The question is not whether or not theft is wrong but what is considered to be theft; in the same way, murder is universally forbidden but there are great differences between peoples as to what killing is considered to be murder.”
– Garrett Barden and Tim Murphy, LAW AND JUSTICE IN COMMUNITY (2010), p. 54.

Violence And Euphemism →
← Vast Experiments On Humans: A Forgotten Document 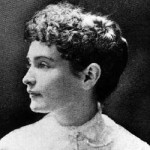 We are afraid of ideas, of experimenting, of change. We shrink from thinking a problem through to a logical conclusion.Annie Sullivan … (next quote)