Is Taxation Theft? Why or Why Not?

GeorgeDonnelley.com | Taxation is theft because it is the use of aggression to deny another person their property. It doesn’t matter what their property is to be used for or what complicated arguments are made to justify it. Taxation is involuntary and it results in a person’s property being permanently taken. This is all that is necessary for our thesis to be proven.

Some will claim that taxation is a voluntary process and it is true that some people avoid paying all or some of the property demanded by governments. But this is simply a lucky break, a crack in the government’s nightstick through which a fortunate few escape. This does not blot out the fact of government’s blanket threat of aggressive acts should they decide you haven’t paid your fair share. Every year, innocent human beings are put through government wringers in search of unpaid taxes. Taxation is not voluntary. If it were, it would be called something else, like dues.

Others argue that taxation is a requirement for continued residence in the territory claimed by a particular government. As long as you stay, you owe what they must consider a kind of rent. This assumes that government is the owner of all the land under its domain, an implicit claim that the government in question doesn’t permit private property. If it did, it would recognize that each land owner holds sovereignty over his individual plot, and could not be summarily denied his property. This argument is just a second, greater threat. “Pay 20 per cent of your income to us – or we’ll take it all!”

Yet others will claim that taxes are payment for those services government provides. What if one doesn’t want those services? What if they are substandard? There are no answers to these questions because these alleged services are provided involuntarily. You can hardly call that a voluntary arrangement.

One final argument might be that taxation is not theft because the taking of property is not permanent. After all, governments claim to serve their citizens by returning tax payments to them in the form of roads, parks, wars, defense services, courts and schools. Is it stolen or simply repurposed and returned? This argument might carry weight if title to the property were returned to the individuals involved. But it is not. It is held under title of the state. State enforcers are hired to ensure it is not used as each individual taxpayer sees fit, but as state officials decide. Thus, this argument fails.

The Buck Never Stops →
← Collective Defense: An Example of Methodology 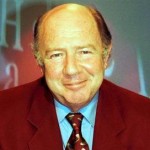 Democracy consists of choosing your dictators, after they've told you what you think it is you want to hear.Alan Coren … (next quote)