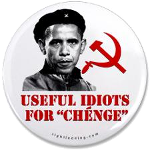 NotBeingGoverned.com | An idiot is someone who stubbornly refuses to change their ways even after repeatedly having been proven wrong. Not presented by a counter-argument, which is often mistaken for being proven wrong, not being “exposed as evil”, which is, to a large extent, a subjective matter, but objectively proven wrong according to their own system of values.

The most direct proof of inconsistency between our mental model of reality and reality itself is when actions based on the model repeatedly fail to achieve the intended result. Note that this happens with certainty, when we act without any intended result. That is, the most surefire way to diagnose idiotic behavior is when we are regularly unable to answer the question about what the intended results of our actions are. In order for that not to happen, it is worth sparing a moment of reflection before doing anything and ask ourselves what we want to achieve with it. “Why am I doing this?” is something which we must ask from time to time as a matter of habit, if we are determined not to become idiots, useful or not.

Once we do have an answer to that question, it is still worth checking up on the result, not explaining away every failure. If intended results repeatedly fail to materialize, we should stop and re-evaluate our model of reality. In this order. Doing something that repeatedly mis-fired in the past is in and by itself idiotic. After we stop, the mental model of reality must be re-evaluated, questioning every part of it. Ideas about the world must pay rent in successful predictions for the privilege of occupying a place in our mind. Deadbeat ideas must be evicted without remorse.

Thus, in order not to become useful idiots, we should strive not to be idiots in the first place. Unfortunately, those with a use for our idiocy will do everything to prevent us from not being idiots. And this is why it is easier to be a useful idiot than a useless one. Intelligent people can typically avoid being useless idiots. With useful idiocy, it is more difficult even for the best and brightest.

However, it is very important to understand that those who do it do not necessarily masquerade as our friends, as the cynical masterminds of the Kremlin apparently did with Western intellectuals. These are actually the easier cases: when we often get rewarded for some activity despite it not achieving what we intended it to achieve or get punished for aborting an activity that failed to bring about what it was supposed to bring about, we are being pressured into useful idiocy by a false ally. Here, the mistake is not admitting to ourself that we are doing something that fails for the reward that does come despite the failure or of the fear of punishment that can be reasonably expected, but clinging to the idiotic notion that next time it will be different. The obvious antidote to this kind of useful idiocy is moral and intellectual integrity.

But even intelligent and moral people can be and often are tricked into useful idiocy by a different strategy. Our vowed enemies can also provoke us into idiotic behavior. Shocking cruelty and injustice can easily shove aside critical and analytical thinking causing an intense urge “to do something”. This is a trap. Actions motivated by righteous rage more often than not do not have unintended consequences. There are many things that are much worse than doing nothing. Much of it is downright idiotic. So, whenever we feel outraged and itching to do something, a moment of reflection is warranted about the expected consequences of whatever we are about to do. If there is no clear objective or the action cannot be reasonably expected to bring desired results about, it should not be done, no matter how “right” it feels.

So, to sum it up: do not be an idiot. Think about the consequences of your actions, notice if they do not match your expectations and stop before it is too late.

By Daniel A. Nagy

Why I Don’t Have A SmartPhone →
← The Irrelevance Of Government

It is hard to imagine a more stupid or more dangerous way of making decisions than by putting those decisions in the hands of people who pay no price for being wrong.Thomas Sowell … (next quote)

Don’t Doom Yourself To Failure

Patent For a Pig