Font
Authority Is A Myth →
← Psychology As Mystical Symbolism

AE911Truth | In August of 2016, a former employee of the National Institute of Standards and Technology (NIST) began looking into the reports his agency had released years earlier on the collapse of the World Trade Center. What he found shook him to the core.

In this poignant half-hour interview, Peter Michael Ketcham tells his story of discovering that the organization where he had worked for 14 years had deliberately suppressed the truth about the most pivotal event of the 21st century.

Authority Is A Myth →
← Psychology As Mystical Symbolism 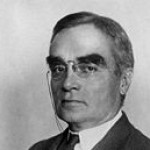