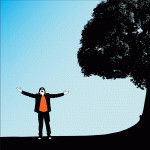 Everything-Voluntary.com | “This act of violent aggression against individuals who haven’t committed or threatened force or fraud yet is nonetheless justified because ultimately I think it will reduce overall aggression.”

So argues the border fetish crowd.

And the “gun control” crowd.

And the “war on drugs” advocates.

And pretty much every other statist.

And regimes that have committed outright genocide.

After all, if the ends justify the means, and the long term “big picture” goal makes violent aggression against non-violent individuals justified, or even necessary, then how could you object to the outright murder of anyone who has beliefs that you consider to be in any way anti-freedom? If you can violently evict or repel someone from half a continent because you think they might condone collectivist ideas, then why can’t you just slaughter them outright? After all, every “law” is a threat of deadly force anyway. So if you’re so sure that all those “low IQ” populations will, on the whole, condone leftist political policies, why not just nuke a few billion people off the map right now? Ya know, just to be on the safe side.

That is why the arguments from the border fetish crowd are immoral, insane, and fucking evil. No, you don’t get to be an aggressor based on your guess of what someone else might be statistically likely to do in the future.

Yes, your compromise with evil may be better than "what is", and I won't stop you from advocating for it. I'll even enjoy any fruits of liberty you manage to bring to harvest. But I'll never be distracted from the prize. I also hope once you get "enough liberty" you'll decide to join my drive for the rest of the pie.Kent McManigal … (next quote)

Why Authority Is Always Illegitimate

The Consent Of The Governed