The Trail of Tears: They Knew It Was Wrong

LearnLiberty | People at the time knew that it was wrong, that it was illegal, and that it was unconstitutional, but they did it anyway. Historian Amy Sturgis explains why the forced removal of the Cherokee Nation to “Indian Territory” (modern-day Oklahoma) was wrong on both moral and legal grounds. How can the Trail of Tears provide lessons to us today? We can’t look aside and ignore the Trail of Tears as an example of something that was just part of the mid-19th century mindset. It is a story about how a group that had power gained at the expense of a minority unable to defend itself. The Trail of Tears set precedents we can only hope to avoid repeating. 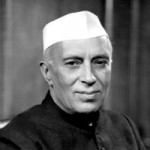 Peace is not a relationship of nations. It is a condition of mind brought about by a serenity of soul. Peace is not merely the absence of war. It is also a state of mind. Lasting peace can come only to peaceful people.Jawaharlal Nehru … (next quote)

Bianca, You Animal, Shut Up!

Capitalism Is NOT Imperialism