The pledge of Allegiance was written by a Socialist named Francis Bellamy. Bellamy was a flag salesman. In 1892 Francis Bellamy was also a chairman of a committee of state superintendents of education in the National Education Association. As its chairman, he prepared the program for the public schools’ quadricentennial celebration for Columbus Day in 1892. He structured this public school program around a flag raising ceremony and a flag salute – his ‘Pledge of Allegiance.’ His original Pledge read as follows:

Wikipedia.com | “I pledge allegiance to my Flag and to* the Republic for which it stands, one nation indivisible, with liberty and justice for all”
(* ‘to’ added in October 1892). The recital was accompanied with a salute to the flag known as the Bellamy salute.

OldTimeIslands.com | In 1923 and 1924 the National Flag Conference, under the ‘leadership of the American Legion and the Daughters of the American Revolution, changed the Pledge’s words, ‘my Flag,’ to ‘the Flag of the United States of America.’ Bellamy disliked this change, but his protest was ignored.

In 1954, Congress after a campaign by the Knights of Columbus, added the words, ‘under God,’ to the Pledge. The Pledge was now both a patriotic oath and a public prayer. Bellamy’s granddaughter said he also would have resented this second change. He had been pressured into leaving his church in 1891 because of his socialist sermons.

FFF.org | He was the cousin of Edward Bellamy, the author of the 1888 novel Looking Backward, which was a paean to socialism. 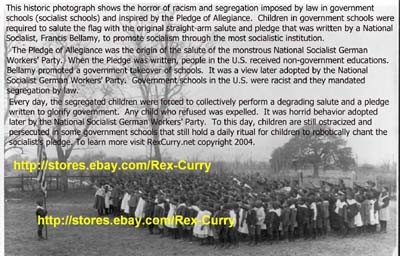 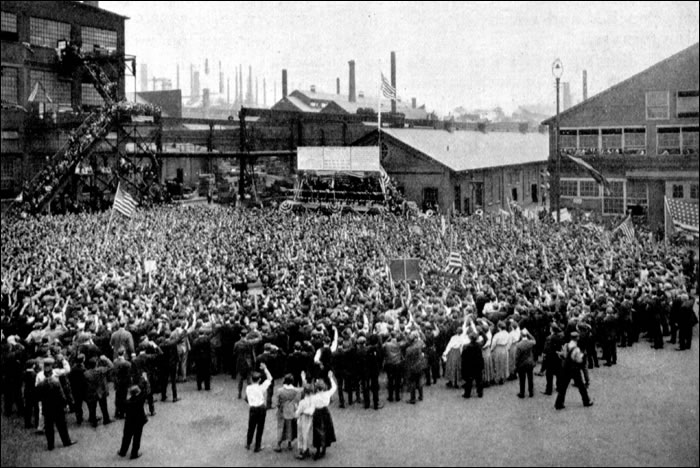 Let no man imagine that he has no influence. Whoever he may be, and wherever he may be placed, the man who thinks becomes a light and a power.Henry George … (next quote)

What Exactly Is Common Core