Font
Collectivism Spreads Like A Cancer →
← The Gospel According to Government

The Philosophy of Non-Aggression

ZeroGov.com | Over time I have found that endless debates and multi-faceted approaches tend to do more harm than good. For instance, the non-aggression principle is relatively simple, though it is also often over defined and submitted to the endless repertoire of what ifs and maybes.

Aggression is commonly defined as, a hostile attitude that may precipitate action, to attack or threaten especially in a physical or verbal manner. Principle is defined as a basic assumption, an ethical standard or a way of working. Therefore it stands to reason that the NON-Aggression Principle is an ethical stance that embraces not attacking in a physical or threatening manner, or taking an attitude of hostility which could precipitate action.

The problem begins when the philosophers get a hold of it and begin to worry it apart using endless what ifs and maybes to eventually separate a simple principle into many varied sects. As for myself, the time has passed where I am attracted to the endless circular debates and and tend to simply avoid these unless feeling especially fun. My approach has always been guided in part by my favorite of the founding “fathers” one Thomas Jefferson.

The arguments abound as to his ethics, morals and more, however, the fact remains he was intelligent and unlike some of the others who were heavily involved in the Federalist party, he died relatively poor. This to me means one of two things, either he was a terrible manager of money, or he did not abuse his position within the beginning years of this nation as so many others did to enrich themselves. I like to believe it was a little of both, but more of the latter.

Thomas Jefferson wrote what I tend to see as the best example of the non-aggression principle in a letter to Francis Gilmer in 1816, “Rightful liberty is unobstructed action according to our will within limits drawn around us by the equal rights of others. I do not add ‘within the limits of the law’, because law is often but the tyrant’s will, and always so when it violates the rights of the individual.” and “No man has a natural right to commit aggression on the equal rights of another, and this is all from which the laws ought to restrain him.” I am as he was a visionary, and as he often was in his later years I will likely see my earlier actions as being wasteful. However, my desire for true liberty for all human kind, and my desire for true peace for all human kind, will lead me to continue my journey of idealism.

Regardless how one may see the many potential variations of the non-aggression principle, the simple fact remains, it is no more then NON-aggressive violence against others. Remember, what we are taught by the state and in our various education centers. Might makes right, government is necessary, voting essential and life only worth something to those who gain from it. The non-aggression principle makes those ideals and ideas useless and allows each of us to embrace self, and to take personal responsibility for ourselves. Which do you prefer, and why?

Collectivism Spreads Like A Cancer →
← The Gospel According to Government 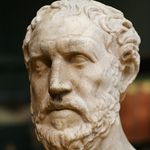 How Do You Deal With Fear?

Everything Is A Remix