Font
Stating the Bleeding Obvious (Part 2) →
← Are You Really An Abolitionist?

The Honor of Being Human: Why Do You Support?

PowerOfNarrative | the question of obedience.

Obedience is the term used to describe the demand by a person in a superior position (superior psychologically, legally and/or in terms of the power he possesses in some other form) that a person in an inferior position conduct himself in a particular manner. The essence of obedience is the demand without more: a reason may be provided, but a reason is unnecessary. Moreover, the reason may be unconvincing or incoherent, and it may contradict other reasons provided for other demands. Most importantly, the reason need not be one that the person in the inferior position agrees with. Informed, voluntary agreement occurs when a person is presented with a reason(s) to act in a certain manner; he understands and is ultimately convinced of the validity of the reason(s), and therefore acts in the manner suggested.

Obedience is the opposite of voluntary, uncoerced agreement: the understanding and agreement of the person in the inferior position are not required, and are often not sought at all. The person in the inferior position may profoundly disagree with the reason(s) offered for the demand, if any. When the person in the inferior position obeys, he does so because of his certain knowledge that if he does not, he will be punished in some form: psychologically, legally, socially, or in some other way. Thus, the primary (although not the sole) motivation that ensures obedience is negative in nature: it is not the promise of a reward (even though certain rewards may be offered), but the assurance that he will not suffer consequences that are painful in varying degrees, i.e., that he will not be punished.

I have discussed the centrality of obedience to the way in which almost all children are raised in my numerous essays based on Alice Miller’s work, as well as in the “Final Descent” series, and also in one of my articles about the high school students who protested the Iraq occupation, “When Awareness Is a Crime, and Other Lessons from Morton West.”

It must be appreciated that the child is in a unique position, one that is uniquely defenseless and dependent. As I often note, the child literally depends on his primary caregiver(s) for everything, including life itself. Because of this dependency inherent in the child’s status (especially that of a very young one), the child has no choice but to obey: if he does not, he fears the withdrawal of the caregiver’s affection and protection, which might ultimately mean the loss of the child’s life. Although the child may not understand this in explicit terms, he feels the certainty of this knowledge very deeply. I will soon be examining in more detail the frequently tragic and destructive results of these factors which place the child at grave risk of abuse, which can be psychological and/or physical in nature.

It must also be seen that, when the child becomes an adult, the relationship is fundamentally altered. The adult is not defenseless and dependent. There are many particular situations in which the adult may be best advised to obey — and for the adult, the authority he is most likely to be compelled to obey is the state. If a person is threatened with the possibility of torture or even death — by means, for example, of a taser wielded by an official imbued with the state’s authority to dispense torture and death with impunity, even for a reason which is trivial or non-existent — the person may understandably and justifiably simply do as he is told. But with regard to broader questions of obedience to the state — obedience on the part of adults — the issue becomes much more complex.

In this setting, what we often call “obedience” is, in fact, something very different. The question is rendered still more complicated because of the particular state of affairs that exists at present in the United States. In my own thinking, I have begun to identify this state of affairs in this manner: “The Imminent, but Not-Yet, Not-Quite Dictatorship.” I will explore the ramifications of this idea in the near future. For now, I note only that all the mechanisms of a full dictatorship are now in place: the passage of the Military Commissions Act establishes that fact beyond all question. In terms of the powers claimed by the executive branch, this has been true for several years: see, “It Can’t Happen Here.” But the Military Commissions Act explicitly made dictatorial powers the law of the land. As I noted in “It’s Called the Ruling Class Because It Rules,” even dictatorships have laws. The chimera of “legality” is one maintained even by the most brutal regimes, and even by totalitarian ones.

What makes the situation in the United States surpassingly surreal is that these dictatorial powers are indeed “the law” — but they have yet to be implemented on a scale and in a manner that causes most people to appreciate that liberty has already been utterly destroyed. We exist in a netherworld, where the few remaining fragments of light slowly vanish: freedom no longer exists, and we wait to see what will replace it and just how oppressive it will be. Except for today’s usual suspects — those who are Arab or Muslim, those who are designated terrorists whether they are or not, “illegal” immigrants, many of those who are not male, white and affluent — the state has yet to tell us who the specific victims will be. If there should be another major terrorist attack in America, these questions may well be answered more quickly than we would wish.

So what does an adult of conscience do, confronted by the specter of The Imminent, but Not-Yet, Not-Quite Dictatorship? I have answered this question with regard to narrower issues, particular issues of immense gravity. For example, if you are ordered to murder innocent human beings who have never threatened you or your country, you must say, “No” — as Lt. Ehren Watada did. I wrote about Lt. Watada’s profoundly heroic stand here and here. If you are ordered to torture another human being, you must say, “No.”

For some valuable guidance on the broader issue, I turn to an essay by Hannah Arendt, one that is unusually rich and complex even by Arendt’s standards. I have excerpted other passages from “Personal Responsibility under Dictatorship” in an earlier article (Arendt’s essay appears in Responsibility and Judgment), and I will soon offer still further ones. Arendt’s identifications are relevant to many of the questions I have examined.

The following is the conclusion of Arendt’s essay. With the explanatory notes offered above, I think this passage can be appreciated on its own. The influence of Arendt’s observations can be plainly seen in my most recent piece, “Supporters of Evil.” Arendt writes:

In our context, all that matters is the insight that no man, however strong, can ever accomplish anything, good or bad, without the help of others. What you have here is the notion of an equality which accounts for a “leader” who is never more than primus inter pares, the first among his peers. Those who seem to obey him actually support him and his enterprise; without such “obedience” he would be helpless, whereas in the nursery or under conditions of slavery — the two spheres in which the notion of obedience made sense and from which it was then transposed into political matters — it is the child or the slave who becomes helpless if he refuses to “cooperate.” Even in a strictly bureaucratic organization, with its fixed hierarchical order, it would make much more sense to look upon the functioning of the “cogs” and wheels in terms of overall support for a common enterprise than in our usual terms of obedience to superiors. If I obey the laws of the land, I actually support its constitution, as becomes glaringly obvious in the case of revolutionaries and rebels who disobey because they have withdrawn this tacit consent.

In these terms, the nonparticipators in public life under a dictatorship are those who have refused their support by shunning those places of “responsibility” where such support, under the name of obedience, is required. And we have only for a moment to imagine what would happen to any of these forms of government if enough people would act “irresponsibly” and refuse support, even without active resistance and rebellion, to see how effective a weapon this could be. It is in fact one of the many variations of nonviolent action and resistance — for instance the power that is potential in civil disobedience — which are being discovered in our century. The reason, however, that we can hold these new criminals, who never committed a crime out of their own initiative, nevertheless responsible for what they did is that there is no such thing as obedience in political and moral matters. The only domain where the word could possibly apply to adults who are not slaves is the domain of religion, in which people say that they obey the word or the command of God because the relationship between God and man can rightly be seen in terms similar to the relation between adult and child.

Hence the question addressed to those who participated and obeyed orders should never be, “Why did you obey?” but “Why did you support?” This change of words is no semantic irrelevancy for those who know the strange and powerful influence mere “words” have over the minds of men who, first of all, are speaking animals. Much would be gained if we could eliminate this pernicious word “obedience” from our vocabulary of moral and political thought. If we think these matters through, we might regain some measure of self-confidence and even pride, that is, regain what former times called the dignity or the honor of man: not perhaps of mankind but of the status of being human.

Toward the conclusion of a recent essay, I wrote:

The Bush administration has announced to the world, and to all Americans, that this is what the United States now stands for: a vicious determination to dominate the world, criminal, genocidal wars of aggression, torture, and an increasingly brutal and brutalizing authoritarian state at home. That is what we stand for.

And who says otherwise? The Democrats could — and the most forceful means of doing so, the only method that is appropriate to this historic moment, the method that is absolutely required if we are to turn away from this catastrophic, murderous course, is impeachment. That is the one method the Democrats will categorically, absolutely not utilize — because the Democrats are a crucial, inextricable part of the identical authoritarian-corporatist system that has led us to these horrors. They have all worked toward this end over many decades, Democrats and Republicans alike, and now the horrors manifest themselves explicitly, without apology, even with the sickening boastfulness of the mass murderer who is proud of what he has done, and who vehemently believes he is right.

So the dare goes unanswered. These horrors are what the United States now stands for.

I repeat once more: these horrors are now what the United States stands for. Thus, for every adult American, the question is not, “Why do you obey?” but:

Why do you support?

Or will you refuse to give your support? Will you say, “No”? These are the paramount questions at this moment in history, and in the life of the United States. We all must answer them. Our honor, our humanity, and our souls lie in the balance. Read Entire Article

Stating the Bleeding Obvious (Part 2) →
← Are You Really An Abolitionist? 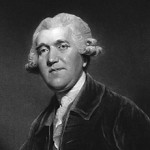 Man must have the right of choice, even to choose wrong, if he shall ever learn to choose right.Josiah C. Wedgwood … (next quote)

On Censorship, Control, And Crypto