Font
Why Libertarianism Is So Dangerous →
← 9/11: A Conspiracy Theory

The Drugging Of Our Children

Excessive talking, fidgeting, or squirming. Often loses things. Difficulty remaining seated, playing quietly, or sustaining attention. Sound like your child? The American Psychiatric Association’s Diagnostic and Statistical Manual of Mental Disorders (DSM-IV) lists these as the symptoms of Attention Deficit Disorder (ADD), or Attention Deficit/Hyperactivity Disorder (ADHD). Once diagnosed, these behaviors would make your child a candidate for Ritalin, Prozac, or both.

In this investigative documentary, acclaimed public health advocate and filmmaker Gary Null examines the increasingly common practice of prescribing psychotropic drugs for children, including preschoolers as young as age 2 to 4, who have been diagnosed with ADD, or ADHD.

Psychiatrists may write these prescriptions without first exploring other causes or aggravating factors, like diet, or environment, and without making it clear to parents that these medications can have severe side-effects, including insomnia, loss of appetite, facial tics, headaches, psychotic symptoms and even potentially fatal adverse reactions, such as cardiac arrhythmia.

Many schools work with family court systems to force parents to drug their children, threatening those who refuse to cooperate with the prospect of having them taken from the home and placed in foster care. To some, this looks like institutionalized child abuse in the name of mental health, whereby active, naturally inquisitive children are drugged into submission while the pharmaceutical industry prospers.

Why Libertarianism Is So Dangerous →
← 9/11: A Conspiracy Theory 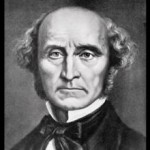 A State which dwarfs its men, in order that they may be more docile instruments in its hands -- even for beneficial purposes -- will find that with small men no great thing can really be accomplished.John Stuart Mill … (next quote)

Taxation is Theft, and Theft Cannot Be “Reformed”

Here Is Your Audit Of The Federal Reserve