YouAreProperty | Your ascendants left England to, among other reasons, escape the caste system. Your ascendants were locked into a system in which there was no upward mobility. They were stuck as peasants in a system that considered them inferior and did not recognize their rights as human beings, but instead assigned them limited privileges based on their low caste. The severity of a crime was determined by not just by the crime itself, but by the difference in caste between the offender and offended. Guess what; we put you back into a caste system here in the USA, and you didn’t even notice. You don’t believe me? Consider assault.

Assault is a crime. We at the government usually choose to enforce laws against assaulting US citizens. Assault against a person higher up in the caste system is prosecuted much more aggressively. Commit assault against a police officer or other government employee, and we will show you exactly how aggressively we enforce the law and prosecute those who commit crimes against us. Our new royalty, those persons holding or who have held high public offices, often enjoy the protection of law enforcement personnel who exist specifically to protect them. Look up the many laws against assaulting government employees and see how broadly “assault” is defined.

Now, consider assault against a citizen by a police officer. The vast majority of police brutality events are never prosecuted because the prosecution (government) tends to favor its own (government) people, including police officers. There are laws in place exempting police officers from what would normally be considered an unprovoked violent assault. “Roughing up” a suspect during an arrest is even encouraged at times. We at the government are one big happy family.

The caste system in the USA is as follows:

1st caste: Politicians and elected officials. They enjoy the highest
degree of legal protection and privilege for life.

3rd caste: US private citizens. This is the labor caste. Their work
is responsible for all economic productivity. Every
other caste is dependant on the taxes extorted from them.

4th caste: Inmates. This consists almost entirely of members
of the 3rd caste who were demoted by members of the 2nd caste
acting under the laws made by the 1st caste.

You have been conditioned by us to accept the above terms. Imagine how you would react to seeing a fleeing person suspected of theft tackled on pavement and placed forcefully under arrest. Now imagine your reaction if the arresting person was a Wal-Mart employee tackling and restraining someone he thought was a shop lifter. Your government given bias allows the police officer to “do his job,” but you would never allow one of your own to do the same. Welcome to the caste system. You know your place and you fit right in.

Did you know your president is permitted to assassinate human beings at will? That’s right, the days of the King’s ability to arbitrarily kill you are back. He is now free to order the deaths of US Citizens at will, without a conviction, due process, or even an accusation. Your constitution cannot protect you.

History affords us many instances of the ruin of states, by the prosecution of measures ill suited to the temper and genius of their people. The ordaining of laws in favor of one part of the nation, to the prejudice and oppression of another, is certainly the most erroneous and mistaken policy. An equal dispensation of protection, rights, privileges, and advantages, is what every part is entitled to, and ought to enjoy… These measures never fail to create great and violent jealousies and animosities between the people favored and the people oppressed; whence a total separation of affections, interests, political obligations, and all manner of connections, by which the whole state is weakened. – Benjamin Franklin, Emblematical Representations, Circa 1774 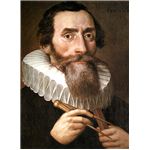 I much prefer the sharpest criticism of a single intelligent man to the thoughtless approval of the masses.Johannes Kepler … (next quote)