GonzoTimes | It is easy to point to some empire in a distant past that may have erected a potemkin village to give a false impression that it was more than it truly was. What many fail to see is the false world we have constructed in our society to hide reality. It was done in our media, government and infused in our language and day to day life. Middle America sits in their little suburban living rooms being belted with T.V. messages that so subtly mask the reality of what is. The six o’clock news tells us of the dangers of the brown man. There is the brown Muslim who wants to terrorize us. There is the brown migrant who is ‘illegal’. There is the brown inner-city criminal. All these brown men we must fear.

We should fear the victims and oppressed not the oppressor and the perpetrator. The oppressor is justified by calling him a ‘freedom fighter’ when he inflicts his violence. The poor without the resources to pay the state for it’s blessing in their migration is labeled with the title we give rape and murder ‘illegal’. The insurgent in the middle east is a murderer and a terrorist and not ‘shedding blood for liberty’. When the privileged U.S. middle class suffers violence from another group it is a tragedy. When someone else suffers violence it is their fault for being in the country we wage our wars or ‘hiding behind terrorists’. Our actions of terror are called just. Their opposition to our invasion is called terror.

We see low numbers released by the state for unemployment painting a false picture of reality. Even then the poverty and lack of jobs and resources is only urgent when it is hitting the privileged middle class. Those who have lived in this disparity in the years leading up to an economic crisis never got the sense of urgency we seem to have. Watch the T.V. you will see how your norm should be the middle class white suburban life style. It is on commercials and sitcoms. Life in Amerika is peachy keen ‘leave it to beaver’ or ‘home improvement’. The troubles of the world are silly and you don’t have to face the reality of violence and oppression around the world. Every so often we hear of the violence but we do not see it. It is masked by a thinly painted veil of rhetoric and sanitization to keep it just out of reach from our conscious. We blare pictures of the cute white girl that was violated but never the human beings ripped to pieces by the bullets, bombs and shrapnel of the U.S. empire on a daily basis.

Sometimes it seems that the biggest impact the woman’s movement had was that we don’t have to only show women in the kitchen serving men on billboards to sell shit made by some slave in China. Now we get to show them in the bedroom spilling out their breasts worshiping cock to sell cheap shit made in China. They can show their cleavage while having an orgasm for all to see but don’t dare let those liberal feminists challenge the patriarchy and tradition. We need those. We need to maintain the ‘family’ of course the family that we need to maintain is the woman’s duty to serve the bellies and pricks of every man in AmeriKa. We know they want that cock.

Civil rights was equally as wonderful. We can also have black women showing their breasts painted up like white women. The black man can have a voice as long as he is rapping about how violent the black man is. Let’s glorify and focus on the black male gangster! Fifty Cent can be all over our T.V. showing us what a gangsta he is but how often do we see the positive strong black male voices speaking and singing out for something radically different? We don’t need to hear real men with real concerns pointing out real issues in our society. Oh, but we have our black president. You know the one whose momma was a white girl from Kansas. The one who is so radically different that he is continuing on with the work of George W. Bush and John McCain waging his wars and telling us all he’s no ‘idealist’ as he gets a Nobel Peace Prize while waging two wars.

Don’t talk about race. It’s racist to bring it up. Bill O’Reilly will have to laugh and tell you he doesn’t need a group for white men, so you shouldn’t have any group to represent your people group. Of course he is overlooking a few obvious groups for white men like the United States Government, all fifty states and just about any corporation with power in the world.

We don’t want to see the desperation in the cities. Our media fled the cities of the U.S. empire only to return with a camera crew every other week to show that black men still shoot people. Strangely they ignore all the white cops, marines and soldiers who are shooting the brown people because they have a uniform so it’s cool if they do it. That reality does not have to be shown. They are heroes not killers. Just sit home and watch your T.V. be sure that you are the norm and that life for all is middle class white suburbia. If you are not in that privileged class you obviously did something wrong or it ‘s your fault. You wanted a life of poverty and oppression.

You give your money to the right charity and are nice to people you see. You don’t have to worry about the slaughter and oppression you pay for. You don’t have to think about it. We won’t show you reality on the six o’clock news, but we will show you cute white kids and kittens to make you happy that you are living such a kind compassionate life in your suburban blindfold.

You can blame the victim and turn off the reality. We are given the opportunity to sit in our little balsa wood homes in a sea of beige in the suburbs helping to show off the AmeriKKKan norm so we can turn the camera and focus away from the oppression and murder in our cities and across the world. Potemkin is not some empty building you pass by. It is empty shells of human beings. They are the empty souls that provide the illusion. 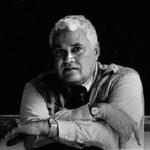 The first step for reaching for an education is to mistrust what you most are certain of. It may survive but it needs tested not once, until you are exhausted from testing.John Taylor Gatto … (next quote)

Gitmo Is Killing Me