Font
Being Poor Shouldn’t Be A Crime →
← Order Followers

NotBeingGoverned.com | Government is not a physical entity. Government is the idea that some human beings can possess or acquire the moral authority to violently rule other human beings. When I say “violently rule”, I mean to use aggressive force to place an individual or group of individuals into an involuntary situation without their consent in order to control their behavior or secure their obedience. This violence most often manifests itself in the form of theft, assault, rape and murder against any who disobey members of the ruling class.

The idea of “government” is not innate to mankind. We were not born with a need or desire to rule or to be ruled by others. Rather, “government” is a learned and heavily-indoctrinated idea invented by man and refined over the centuries in order to make tools of other men. That is, the idea of “government” was a tool invented by men who wondered if, just as they had learned to domesticate animals, so too might they be able to tame other human beings to be useful so that they might harness their energy for their own use and purposes. Archeological evidence suggests that institutions of political power (that is, the institutions which result from a belief in the idea of “government”) have only been around for approximately 3% of our human family history. Before that, it is believed that mankind lived in relative harmony with one-another and with their habitat.

Techniques have been developed over the centuries for indoctrinating the belief in “government”. In the United States of America and throughout most of the world today, the belief in “government” has rooted itself into much of the culture and has been passed down from generation to generation through family, media and through schools which serve as institutions of government indoctrination. Schools are one the most effective ways of spreading the belief in “government”, so it is common for the ruling elites of a given region to make attendance of these institutions mandatory during twelve the most important, impressionable and formative years of ones’ early life. Funding for these institutions (schools) is also most often made mandatory or is funded through wealth that is extorted from the population by force.

Most schools today teach children a skewed version of history and instill a warped perspective of reality and of humanity, with a strong bias that glorifies the role of government institutions in the affairs of mankind. In addition to teaching a warped and heavily biased view of history, these government indoctrination institutions use mind control techniques to instill a sense of dependence upon, pride of subservience to and obligation, devotion, and loyalty toward a particular ‘flavor’ of government into the young and impressionable minds of children. These mind control techniques include (but are not limited to) using a top-down, authoritarian style of teaching which rewards obedience to perceived authority figures (teachers) and encourages conformity, while discouraging individuality and punishing and publicly shaming disobedience to or questioning of perceived authority figures. The impact on the behavior and development of a child that these techniques have is significant and its effects most often stay with the child through adulthood. Techniques such as group ritualistic chants and pledges of allegiance or loyalty to fabric idols made to represent a “government” are strongly encouraged and extremely common practice, particularly in schools in the United States, and are geared toward creating obedient, loyal and domesticated human cattle for the ruling class. Children are often made to participate in these ritualistic exercises hundreds if not thousands of times before the age of eighteen.

Although the institutions resulting from a belief in “government” are and have always been the single greatest threat to the life, liberty, property and pursuit of happiness of individuals, government indoctrination centers and the mind-control techniques they utilize have managed to convince the masses that those same institutions exist for their protection. As a result, we now have a vast majority of individuals who view obedience and subservience to their rulers as virtuous, and who are terrified of freedom.

Being Poor Shouldn’t Be A Crime →
← Order Followers 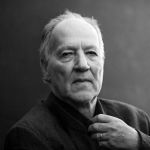 Facts sometimes have a strange and bizarre power that makes their inherent truth seem unbelievable.Werner Herzog … (next quote)

Children Who Get Flu Vaccine Have Three Times Risk Of Hospitalization For Flu, Study Suggests

Self-Immolated In Protest Of The “Justice” System