Font
You Were Born Into A Cult! →
← Schooling & Human Domestication

Being Poor Shouldn’t Be A Crime

KentForLiberty.com | One of my earliest anti-government/pro-liberty thoughts, back when I was a kid, was the realization that government made it basically illegal to be poor. Which was sort of bad news to me, because making money wasn’t high on my list of priorities.

I was thinking of all the things I wanted to do with my life which didn’t really require money… until you got “laws” involved.

You couldn’t “legally” just make a life for yourself on some unowned land- because if it wasn’t individually owned, some government pretended to own it and would kick you off and destroy your house and all your work if they caught you living there.

Even if you had enough money to otherwise survive in town, “taxes” would increase your costs, and if you couldn’t pay, you’d be jailed, again losing all you had worked for. Silly property codes often make gardens and affordable houses “illegal”, and of course, transportation is a big problem.

If you don’t have the money to do certain things for your kids- things beyond what is needed for a good life- they’ll be kidnapped by employees of the State, claiming “neglect and abuse”.

If you can’t afford certain bribes (“licenses”, “permits”) you’ll be forbidden to start a business- at least openly- to improve your circumstances. And even if you somehow manage, the theft-by-government has only just begun.

And, really, if you think about it, the list of potential “infractions” goes on and on. All due to a lack of money to keep “government” thugs off your back.

I don’t resent money, or those who have a lot. I resent those who make sure to punish those who choose to not spend our lives in pursuit of money, in order to pay their bribes and extortion.

You Were Born Into A Cult! →
← Schooling & Human Domestication 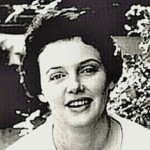 Even though a number of people have tried, no one has yet found a way to drink for a living.Jean Kerr … (next quote)

Justice Without The State