MarcStevens.net | The hypocrisy these days is sickening, not from the politicians; we all know they’re a bunch of criminals who couldn’t care less about their victims. No, I’m speaking of the rank hypocrisy from the victims – republicans and democrats alike. The attention on government health care is as unrelenting as the hypocrisy.

“Democrats” claim government mandated insurance is humane because people shouldn’t die because they don’t have health insurance. “Republicans” talk about liberty, that people should not be forced to buy a product or service. Really, where have I heard that before?

Rush Limbaugh and some other “conservative” radio hosts are talking about this being the first time in American history Americans would be forced to pay for a service. What??? Apparently Rush has never heard of an obscure group calling themselves “government”?

Government is a service you’re forced pay for. How did that escape the most brilliant “conservative” minds?

How can republicans/conservatives and democrats/liberals talk about being humane and loving liberty? If there was no delay on radio and call screeners, maybe we’d hear people on air calling these guys on their glaring hypocrisy.

Let me make this perfectly clear: if you believe there should be government, then you’re neither humane nor a lover of liberty.

I don’t care if that angers you; as long as you advocate any level of government you are inhumane and an enemy of liberty. Statist (democrat, republican etc.) claims of being humane and lovers of liberty are vox et preterea nihil, as empty as the political campaign promises you always believe.

I’m sick of the usual political deflections and personal attacks when we, lovers of humanity and liberty, point out the truth, truth you already know; but refuse to apply to your owners. That’s right, the politicians own you and you know it. You rant and vent your anger towards people who actually love liberty instead of directing your contempt at the ones stealing your energy to the tune of TRILLIONS every year.

Here’s the truth you keep hiding from: Taxation is compulsory. Is that really so difficult for your government schooled mind to accept? We all know this; but you call me an idiot insisting I move to Afghanistan rather than you being an adult and accepting this simple truth and what it means. Sean Hannity always says, “Elections have consequences people.” Funny thing though, paying taxes has consequences too, Sean.

And what does it mean? Despite all your voting, you don’t voluntarily support governments. Governments have no voluntary support; they are violent parasites – no one wants them. I don’t care how much you think you do, you’re only deluding yourself.

Do you really believe people who force you to pay them are even remotely interested in protecting you? Think about that for a minute; stop watching “reality” TV or texting and really think about that.

They force you to pay them; what does that tell you about their nature? What kind of people force themselves on others? Democrats pretend to be concerned for those who cannot afford health insurance while conveniently ignoring the violence inflicted everyday by a group of men and women no one voluntarily supports. Conservatives pretend to abhor the use of violence to make people pay for insurance while cheerleading the same violence when used to pay for weapons of mass destruction. 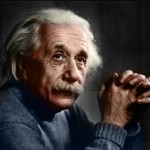 I do not believe much in education. Each man ought to be his own model, however frightful that may be.Albert Einstein … (next quote)

10 Rules for Dealing with Police

The Gospel According to Government