Nineteen Eighty-Four is a classic dystopian novel by English author George Orwell. The story follows the life of one seemingly insignificant man, Winston Smith, a civil servant assigned the task of falsifying records and political literature, thus effectively perpetuating propaganda, who grows disillusioned with his meager existence and so begins a rebellion against the system. 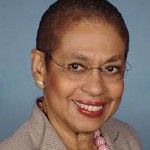 The only way to make sure people you agree with can speak is to support the rights of people you don't agree with.Eleanor Holmes Norton … (next quote)

What You Didn’t Know About The War

The Founding of the Federal Reserve