Sibel Edmonds, a 32-year-old Turkish-American, was hired as a translator by the FBI shortly after the terrorist attacks of September 11, 2001 because of her knowledge of Middle Eastern languages. She was fired less than a year later in March 2002 for reporting shoddy work and security breaches to her supervisors that could have prevented those attacks. 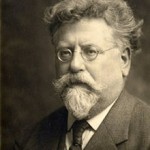 No power can in the long run rely on brute force alone. Brutal force may be the immediate means for the subjugation of men, but alone it is incapable of maintaining the rule of the individual or of a special caste over whole groups of humanity. For that more is needed; the belief of man in the inevitability of such power, the belief in its divinely willed mission.Rudolf Rocker … (next quote)