Font
The Jones Plantation →
← The Five Most Important Questions 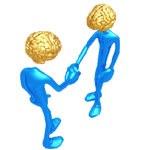 aotmr.com | Throughout the course of history people have fought against tyranny and authority of various forms only to be thrown back into subjugation when someone else came along to claim what we call “power”. There have been countless battles to overthrow these established powers, but none of them resulting in freedom for humanity in the long term, because all of these struggles were playing out on the wrong battlefield.

All this time the oppressed thought that they were fighting against people, when they really should have been fighting against ideas. Sure it is true that our ancestors and even everyone alive now are enslaved by some really nasty people, but even if all of those people were to disappear, the ideas that allowed them to commit their crimes without consequence would still remain, leaving the door open for future authoritarians to repeat the process.

Sadly this concept is still not understood by many, who have the understandable but misguided tendency to think that violence is going to solve any of their problems. The whole reason why people have always rejected authority is because of the widespread use of violence that it leads to, and the violence that is inflicted upon those within its grasp. With that being the case it should be safe to assume that violence should not be used to solve the problem of violence.

For far too long our species has used violence as a tool. Violence has been at the very basis of social organization and problem solving for the better part of history. This is most likely why people are so quick to resort to violence in any conflict, and this is also one of the reasons why so many fail to see the violence that is forced into their everyday life by the various state institutions and mercantilist corporations that they come in contact with.

One of Albert Einstein’s most famous quotes is: “Problems cannot be solved by the same level of thinking that created them.” This quote definetly applies to the situation we are discussing today and sheds some light onto why the violent revolutions of the past were never able to achieve their goal of setting the human race free from authority.

Throughout our lives we have been fed lie after lie by the establishment and unfortunately even when someone discovers the violent nature of that establishment they are still met with the task of sifting through everything they have ever been told to see what was a lie and what was not. When that backtracking doesn’t take place it is common for people to get caught up in the vengeful mentality that comes along with learning about one’s own enslavement. When lies about “human nature” or the capabilities of our species are still not recognized and addressed then it is very hard for people to wrap their minds around nonviolent solutions to today’s problems that lie completely outside the realm of politics.

The state and all of its predatory appendages like the corporate and military industrial complexes, are not groups of people with weapons who need to be overthrown, they are just bad ideas that can very easily be rendered obsolete with the right combination of good ideas. The only battlefield that the revolution can be won on is in the mind. To destroy the problems that were created with violence the most effective weapons are good ideas and nonviolent solutions, not violence and politics.

The Jones Plantation →
← The Five Most Important Questions 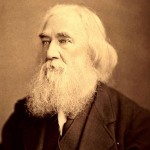 If the women, instead of petitioning to be admitted to a participation in the power of making more laws, will but give notice to the present lawmakers that they (the women) are going up to the State House, and are going to throw all the existing statute books in the fire, they will do a very sensible thing, – one of the most sensible things it is in their power to do.Lysander Spooner
Against Woman Suffrage, February 24, 1877 … (next quote)