Strike-The-Root.com | “[W]e are living in a sick society filled with people who would not directly steal from their neighbors but who are willing to demand that the government do it for them.” ~ William Comer

“A rose by any other name would smell as sweet.” ~ William Shakespeare (Romeo and Juliet)

Theft by any other name smells just as foul. The concept of people taking labor and resources from other people using force, or the threat of force, is described in many ways by many terms in the English language, including theft, robbery, fraud, stealing, larceny, burglary, thievery, plunder, pillage, tribute and, of course, taxes. These many words reflect differences due to their origins, the customs from which they were derived and who was doing the taking. Typically words such as theft, robbery, fraud, stealing, larceny, burglary and thievery apply primarily to individuals and small groups while the words plunder, pillage, tribute and taxation are used to describe the actions of large groups of men, mobs and institutions. Apparently, size matters.

When groups of men grow large enough in number, the leaders of the group and their agents often achieve popular legitimacy for their actions. Thus a general submission to exalted persons develops in society, which allows them to commit acts that if done by others would be considered criminal. Acts that are considered theft when committed by a single person or small group are called taxation when committed by special persons acting on behalf of large mobs known as institutions. This is certainly not a new revelation, just seemingly ignored today by many.

In the City of God, a book written by St. Augustine in the early 5th Century, there is the story of a pirate captured by Alexander the Great (circa 330 BC), who asked him, “How dare you molest the sea?” “How dare you molest the whole world?”, the pirate replied. “Because I do it with a little ship only, I am called a thief; you, doing it with a great navy, are called an emperor.” This story survived due to oral histories passing down the lessons of time for about 800 years before being written down by the famous monk. Yet today, age-old wisdom has been routinely ignored and discarded by the modern priests of statism.

This exaltation of some above others has gained a legitimacy in modern times that goes beyond the wildest dreams of Alexander or even the darkest nightmares of St. Augustine. The modern struggle for the exalted positions claiming the legitimacy to commit criminal acts is called politics. People who challenge the authority of those who claim the power to take that which they claim under the veil of political power are shouted down as heretics and called names such as “conspiracy theorists,” “greedy capitalists” or even “tea baggers.” Yet the truth is in plain sight for all to see. Taxation is clearly theft, even if one holds their nose trying to avoid the foul smell of the violence that sustains taxation.

So how did this simple word trick (that has obviously been successful at getting the majority of people to accept violence as a legitimate means for organizing society) become the basis for a social institution to rule them all? It has been a combination of many factors, including survival, tradition, cowardice, loyalty, stupidity, pride, prejudice and many more reasons that can be summed up as the folly of man. But we humans have been given the gift of reason, so there is the faint hope that reason can one day overcome folly.

A good example of men and women overturning the predations of statist tyrants using “For your own good” as a justification, is the ancient practice of “First Night.” If you’ve watched the movie Braveheart then you know what I’m talking about. Back when the first taxes were called tribute or ransom, there was another barbaric practice that added insult to the injury of taxes: First Night. Laws justifying theft are no better than laws justifying rape or murder or any other crime against persons. Yet so many people think they are different; perhaps they are different in degree, but not in kind.

The right of the First Night, also known as jus primae noctis (law of the first night) and droit du seigneur (the lord’s right), is an emotionally charged and much debated subject throughout history – much like taxes. It is documented in many places, but generally considered a rare and short-lived practice where it does pop up. This official policy couldn’t help but undermine the legitimacy of the authority of those that tried to instill it. A deal eventually could be reached in these pitiful places such that the agents of the state offered to stop raping young brides if the peasants would stop complaining about paying their taxes. Of course, being thrown in the dungeon, being tortured and being killed were “still on the table” for those that did not pay their taxes. We’ll stop calling taxes theft, sure, whatever, just please stop raping our women. Isn’t limited government grand?

There are deep roots to this widely accepted social norm of individuals submitting to the dictates of state sovereignty and the doctrine of state immunity. Sovereign immunity (i.e., crown immunity, state immunity, federal immunity) is a legal doctrine by which the sovereign or state cannot commit a legal wrong and is immune from civil suit or criminal prosecution. Note that the key word “wrong” is qualified by the weasel word “legal” in the common definition. It is a get out of jail free card for the people who make and enforce “the law.” This should make clear the faulty foundation of the arguments seeking to justify the state’s never-ending power grab subjugating individuals in society.

Note how important it is for us to be able to communicate on a level that best allows for a clear understanding of what we mutually accept as both fact and truth. It is so difficult to navigate through the modern communications revolution without falling prey to institutionalized word tricks. There is an oversaturation of information, opinions and knowledge that must be processed in our minds, much of it official. But it should be obvious that taxation is legalized theft to even the most simple-minded statist drones.

At a time when logic is needed more than ever to think in rational terms and reason effectively, it is emotions and feelings that are glorified in educational and media efforts. This is how the false dilemma of liberty vs. security is sold to society using fear. The Hollywood-inspired idea that there must be a conflict between logic and emotion is unfortunate because balance is where peace lies. Peace is the absence of conflict.

Pitting two important aspects of human nature against each other in the mind leads to some rather dysfunctional manifestations as well as cognitive dissonance. It is difficult to hold onto the concept that theft is okay, that rape is okay and even that killing is okay, without inviting madness. A doctrine bequeathed to generation after generation called sovereign immunity is only justified by simple institutional bias.

Conflict between people in society, though, is inevitable because scarcity is all too common, starting with each of our lives. Resolving conflict is an age-old problem that has been determined throughout much of history based on individual sovereignty and voluntary cooperation. Each man was “His own man.” It wasn’t too long ago that people cherished the ideal that “A man’s home is his castle,” and legal doctrines like the 4th and 5th Amendments were considered sacrosanct. But, like all statist legal doctrines, they are inherently corrupt, even more so when popularity contests are used to choose who gets to wear the ring of legal power. Conflict is thus managed by those wearing the cloak of sovereign immunity such that the institution grows, feeding on the lives of the people it claims to be sovereign over. This, too, will pass.

The state isn’t your daddy, your mommy, your big brother or even your crazy uncle, it’s an archaic institution born from plunder and sustained by mass illusion. The royal sovereign is the historical origin of the authority, which has morphed into the democratic state that creates the laws, courts, wars and taxes citizens must obey, follow, die and pay. Is not getting raped by elected officials really much of a consolation?

So kids can get shot for walking down the street with a toy gun by paranoid local agents of the legal enforcement squad; the state’s agents can raid your house, shoot your dog, take your car and put you in jail for smoking the wrong plant; the feds can send drones all over the world to blow up the families and friends of people who say bad things about them and, of course, your sovereign can take however much of your labor and savings they wish, with legal immunity. Does it really matter by what name this foul smell is called? 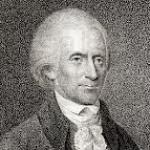