Kevin Ryan, former employee for Underwriters Laboratories who challenged the NIST’s report of 9/11 and went public with it, and that week he was fired from his job. He appears in this documentary “Zero: An Investigation Into 9-11”. Here is some of what he had to say.

“We did test the floor models in August of 2004. And those tests disproved the primary theory behind the collapse of the buildings.”

“The floor models didn’t collapse in the tests, and these were in furnaces ya know, testing furnaces, much hotter temperature longer periods of time. They still didn’t collapse.”

“They had done tests on the few samples they had saved from the fires zones, and those tests proved that the temperatures were very low. Temperatures were not hot enough to soften, to even soften steel, and yet they are coming out with a summary statement that says that’s what actually did happen, that the floors did collapse and the steel did soften.”

“After having investigated it more over the last year and a half, I found that yes they did contradict their test results but additionally they also did manipulate the test parameters. They doubled one thing, they cut something else in half. For example, their story says the aircraft combustibles were at 13 tons in the aircraft. The FAA says it’s more like and average of 6.5 tons, it’s double, so they double it. They double the time that the computer model exposes columns to fire. 90 minutes instead of what we know is 45 or 50 minutes in both of the buildings actually.”

Kevin’s statements are in part 2 of the documentary Zero: An Investigation Into 9-11

A New Standard of Deception by Kevin Ryan 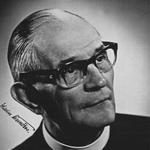