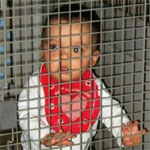 NoState.com | Some years ago I met a beautiful and passionate young woman. She was smart, articulate, sassy and had a twinkle in her eye that would floor anyone. She also had an awesome, sweet dog whom nobody could fail to love. We had dinner and a chat, and then went to walk her dog for a while before the night ended.

So here I am, on the dog-walking-adventure, mostly thinking “zomg what a great ass on this girl”, my eyes and other bits doing the necessary tracking. Meanwhile, suddenly, lovely doggie-friend goes bounding off into the bushes, clearly away from the marked path. “DOGGIEGIRLIE!!!” screams my delightfully-packaged sexmuse, and when her dog comes back to her, timid, smacks her on the nose. “NO, BAD GIRL!” (edited here for emotion).

Yeah, so, then we went off and took doggiegirl on long fun walks in the nature, and we kissed and we screwed. And my muse asked me things like “what are your dreams?” and I said, in her context, “I don’t have any,” and she was confused, a bit, but more disappointed.

~ Insert ASCII art of a boat ~

So, I came back, and within a few days it was time for her birthday. So, I went to hers and she picked me up, on the way to her folks’, and gave me a cake to hold. And I held the cake, there in the passenger seat, still hot for her body and her twinkles.

And during the afternoon backyard birthday celebration at her parents’ place, we interacted with another young couple, wife and slug and their year-old daughter. Wife dominated, slug dribbled. He wore all white because she wore all white, and he recorded video constantly because she wanted to watch it. And when this sweet little girl, just a year old, toddled into the garden and into the planters, playing with bark and rocks and worms and all the amazing things only a child can see in a patch of dirt, her mother SCREAMED to her, “get out of there! it’s dirty!” and then presented an ultimatum in the form of a very nasty gesture. Mom said, “okay, I’m going away, since you’re being so awful,” and she walked out of her daughter’s sight behind the house. Her daughter instantly broke into tears and began casting about in search of mom. Some minutes later, mom came back around the house, took up her daughter and dried her tears.

All-white manipulating mom had a testimony to give relating to how she’d just treated her own daughter, which went something like this: “BRRRZZZTFFWAAK BARATA NIKTO,” and which her evenly white-clad slave-husband videoed diligently.

And my sassy, twinkly, hot-assed lover said something like: “Well, she’s a little girl, and she’s got to learn.” And then laughed. And then all the people around the table laughed, except me.

And that’s why I don’t call her any more.

Pugsley's First Law of Government: All government programs accomplish the opposite of what they are designed to achieve.John Pugsley … (next quote)

You Are Not The Target Audience