Font
Super 8 Police State →
← What If You Don’t Consent?

NewHampshireFreePress.com | Did you know that when you are a juror, you have the right to judge not only the facts of the case, but the law itself? This is what is known as jury nullification, that is, a law can be nullified by a jury. Lysander Spooner wrote in Trial by Jury:

“For more than six hundred years – that is, since Magna Carta, in 1215 – there has been no clearer principle of English or American constitutional law, than that, in criminal cases, it is not only the right and duty of juries to judge what are the facts, what is the law, and what was the moral intent of the accused; but that it is also their right, and their primary and paramount duty, to judge the justice of the law, and to hold all laws invalid, that are, in their opinion, unjust or oppressive, and all persons guiltless in violating, or resisting the execution of, such law.

Unless such be the right and duty of jurors, it is plain that, instead of juries being a “palladium of liberty” – a barrier against the tyranny and oppression of the government – they are really mere tools in its hands, for carrying into execution any injustice and oppression it may desire to have executed.

But for their right to judge the law, and the justice of the law, juries would be no protection to an accused person, even as to matters Of fact; for, if the government can dictate to a jury any law whatever, in a criminal case, it can certainly dictate to them the laws of evidence. That is, it can dictate what evidence is admissible, and what inadmissible, and also what force or weight is to be given to the evidence admitted. And if the government can thus dictate to a jury the laws of evidence, it can not only make it necessary for them to convict on a partial exhibition of the evidence rightfully pertaining to the case, but it can even require them to convict on any evidence whatever that it pleases to offer them.” Read Entire Article

Super 8 Police State →
← What If You Don’t Consent? 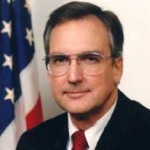 Natural man fears chains more than he fears propaganda. But propaganda is the far greater despotism. When men are in chains, they are aware of their slavery. But few understand the superior power of deception. Most people can be persuaded to do almost anything to their own detriment. What we believe and act upon we consider our own free will. Nothing could be further from the truth. We as a people and a nation are subject to massive and continuous propaganda. So programmed are the masses that they become hostile to truth.Bob Livingston … (next quote)

Why You’ve Never Heard of the Great Depression of 1920